A Marine Walk to remember

Researchersconducted an expedition recently to learn about the city’s rich marine life. 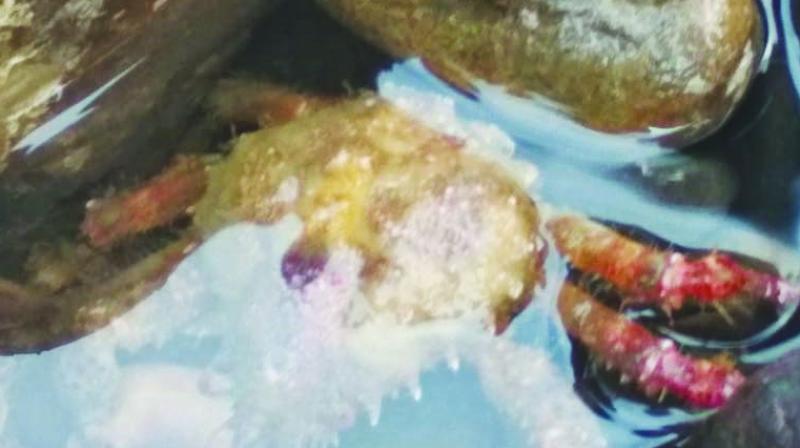 A group of marine enthusiasts and researchers over last two days set out to Mumbai’s rocky shores to observe the marine organisms that wash ashore during the monsoon.

The group, Marine Life of Mumbai, which has been conducting marine walks across the city’s shores since last year, stated that not much research is available on the marine animals’ patterns during monsoon owing to difficulties like heavy rain spells and high tides. Several marine species like hermit crabs, corals, sponges, hydroids among others were spotted during the walks. The group also stumbled upon cowries, shells of certain species which is the past have been used as currency in several parts of the world. They are also used to make jewellery, ornaments and for ceremonial purposes.

The trio Pradip Patade, a self-taught Mumbai-based marine researcher; Siddharth Chakravarty, an academic researcher in the fishing industry; and Abhishek Jamalabad, a marine biologist,  formed the group to apprise citizens about Mumbai’s marine life. The marine walk, which was not open to the public, was motivated by the idea of discovering different marine animals that wash ashore during monsoon and to study how the pattern of species that are found throughout the season remains during monsoon. The group has been conducting marine walks at the rocky shore of Marine Drive, Colaba, Juhu, Priyadarshani Park, Haji Ali and Worli among other places. 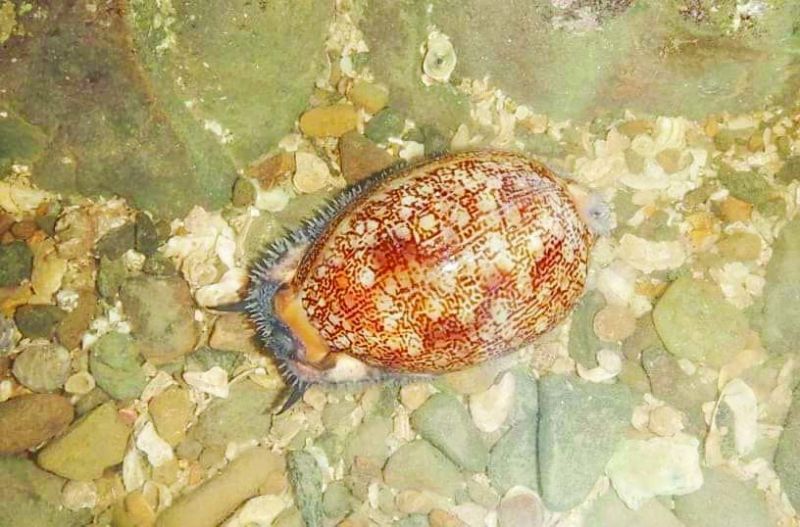 A cowrie, a species whose shells have served as currency

Pradip, who has been working on creating awareness about the coastal diversity among Mumbaikars since 2013, says, “Fishermen from several shores of Mumbai told me that the corals are washed away during monsoon and then starts growing again after the season. Since the last two months, we have observed that these corals are in fact shrinking in size. We wanted to study the phenomenon that fishermen have been claiming, which is why I was driven to observe them during monsoon.” According to the existing data on these corals, it has been found that every year, they grow by one centimetre.

The Marine Life of Mumbai conducts walks throughout the year for public who are enthusiastic about knowing rich marine biodiversity of Mumbai , except for the monsoon season. “The high tides, torrential rains, turbulent wave action, lightening does not make it safe for the public to be on rocky shores. We have started this initiative to study the patterns of marine animals during monsoon, however it is not open for common people. We are trying to gather enough information which we will deseminate among people,” said Pradip.

For some in the group, the marine walk during monsoon helped them sight marine animals that they have not seen before. “During the last two days, I spotted a decorator crab, which I have never seen before. They decorate their surface with sponges and algae to camouflage among the rocks,” said Omkar Bhurke, a member of the group. Meanwhile, the group also encountered the sea fan, a type of coral, which is a Schedule-I species that is deemed protected, much like the tiger in India. 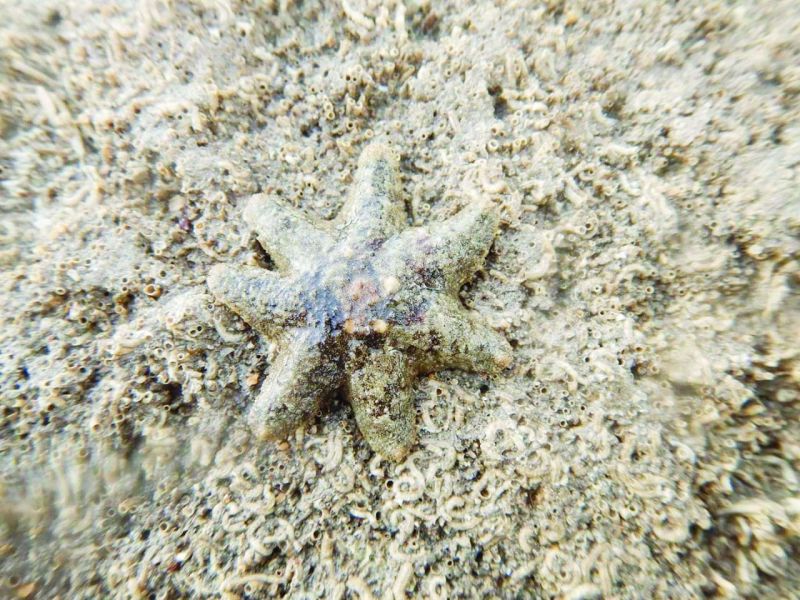 A starfish with seven arms

While Mumbai’s shores boasts of both hard and soft corals especially zoanthids, as well as colourful sea sponges, the group also witnessed several snails, sea anemones, brittle stars and the enchanting cowries along the shores. “Cowries are at abundance in few shores of Mumbai, while seeking for them, one must understand that they are usually found in areas where there is lesser wave action. In fact when you are looking for marine animals, we have to look at other things associated with it. Like we usually observe the sites where hydroids are present so we will find a sea slug somewhere near,” says Pradip.