How Danielle Hallett transformed herself from a balding, 220 kg man to a 95 kg brunette woman in just two years. 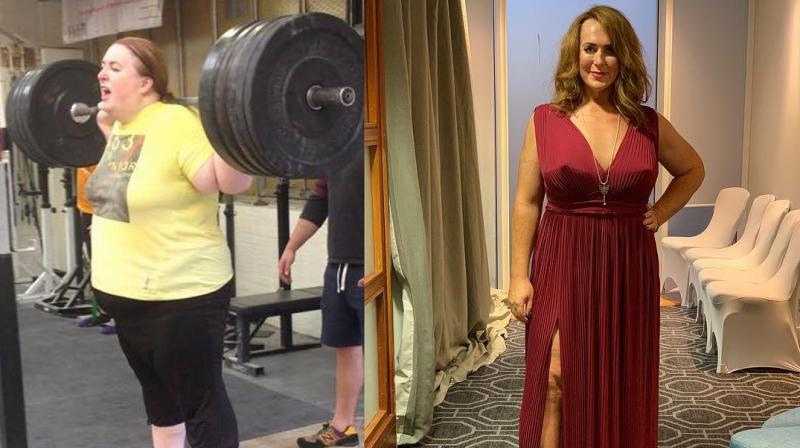 Danielle Hallet, born Darren, knew from the age of three that she wanted to be woman. She never fit in with anyone of the boys at school and felt more comfortable socialising with her female classmates. But she lived as a man till 2005. In 2006, Danielle started private hormone therapy and began living as a full-time woman. Still, she was not happy with her body and large frame and desired a more feminine, curvy look.

In 2017, the transgender software engineer went under the knife for a gastric bypass surgery. Subsequently, she spent EUR 54,000 on 13 more surgeries to lose a staggering 127kgs to finally achieve her dream body. “I've basically gone from a 35 stone baldy with a beard to a 15 stone brunette with boobs. Life is good!” she said to the DailyMail.

In February this year, Danielle underwent a EUR 15,000 gender reassignment surgery in Thailand. She followed it up with a surgery a month, including bum implants, a liposuction and a tummy tuck. “It was a slog to save up for it all, but I knew it would change my life and it has,” she explained. “I've never felt so attractive in all my years.”

Danielle admitted that she overate to cope up with the gender confusion she faced in her formative years. She binged on junk food, takeaway and copious amounts of chocolate. She struggled with her bad eating habits for several years. In 2010, she has a gastric band operation which didn’t yield any results. She still binge-ate and fell into severe depression.

Post her gastric bypass surgery, Danielle started to lose weight. She also began eating health and reduced her food intake. Since getting her new physique, she has gotten a lot of interest from the opposite gender and a lot of potential suitors. “I really am enjoying all the attention I get now, it's such an ego boost. I'm attracted to both men and women so I suppose I'd describe myself as bisexual but I feel like there's no need to even put a label on it in this day and age,” said Danielle.

She also praised her friends and family for their unfailing support. “I couldn't have done it without them they've been through thick and thin with me. I do get the occasional random hate from strangers - online mainly - but it's like water off a duck's back these days, frankly I'm too happy to care,” she exclaimed.