Doctor may have fathered 200 children

The news has devastated a lot of families. 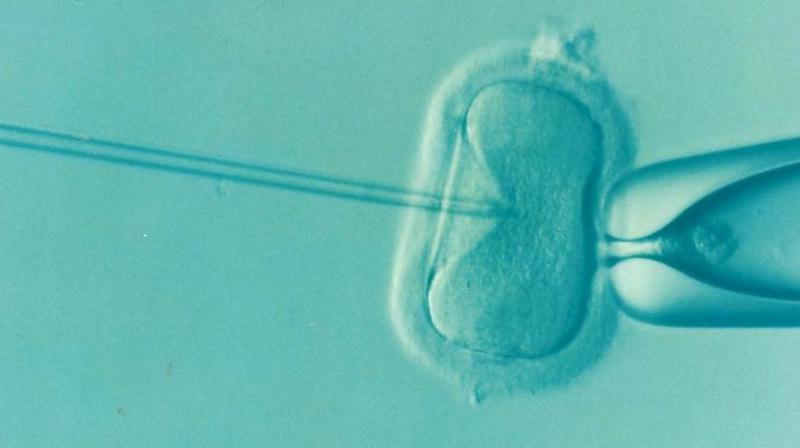 A Dutch doctor named Dr Jan Karbaat, is reported to have used his own sperm to impregnate his patients trying to have a baby. He could have fathered 200 children.

One of the families affected by the news shared their ordeal with the Gaurdian. Esther-Louise Heij, from Netherlands, was 35-years-old when she decided to opt for IVF with a sperm donor to become a mother. While at the time it was acceptable for donors to remain anonymous, she believed it was a child's right to know who their parents are.

When Heij met with Dr Karbaat at his clinic for a consultation, she told the Gaurdian he seemed professional and had similar ideas as her. Confidently, Karbaat told Heij that he would not only find the perfect donor, but her children would be able to have access to him.

After she decided to go through the process, Heij gave birth to two children from the same donor. A daughter Lotte in 1994 and in 1995 a son named Yonathan. While Lotte, now 23, was content with not knowing the identity of her father, Yonathan was not. He told the Gaurdian it was important for him to know if he was similar to his dad in ways he was different to his mother and sister.

It was in 2011, when the Heji family decided to approach Karbaat’s clinic to find out the identity of the sperm donor. What they mistook to be an easy task turned into a challenging quest, as the records were not properly maintained.

At the same time the rumour mill started to churn about Karbaat’s clinic. There was talk that his patients' sperm donors were fellow doctors, medical students and even Karbaat himself. A documentary about the clinic on Dutch TV also raised the possibility the same sperm donor may have fathered 200 children.

The news left the Heji family and many others in shock, confused and in emotional turmoil. Yonathan attempted to get answers by writing to Karbaat. But the letters were returned unopened.

Soon, a group of families whose children were born via IVF at Karbaat’s clinic initiated legal proceedings to have DNA tests performed using the controversial doctor's cells. Before Karbaat died in April 2016, he opposed the move. While families are still waiting for many answers, police have seized personal items from his home and collected DNA samples as well.

While Yonathan's has mixed feelings about Karbaat, Heij finds it hard to condemn the man that helped her become a mother.