Male clownfish can change its sex?

According to researchers if a female clownfish dies its mate changes sex completely. 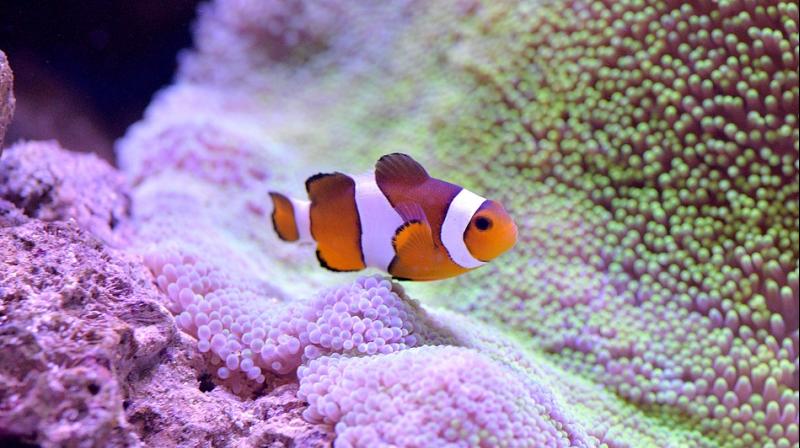 Clownfish live in tropical climates on anemones where they stay their entire lives (Photo: Pixabay)

London: Nemo's father - a character from the popular animated movie 'Finding Nemo' - should have turned into a female, say scientists who found that male clownfish change sex if their mating partner dies.

In the film Finding Nemo, a young clownfish's mother is eaten by a barracuda but his father, Marlin survives. Nemo, the only surviving baby, is then lost. Marlin sets out to find his son, before Nemo eventually finds his way back to his father.

In reality, if a mother clownfish is eaten, its mate changes sex completely and becomes a female, even laying eggs, researchers from University of Exeter in the UK have found.

To ensure the survival of the clownfish group, Marlin (Nemo's father) would have become Marlene, and mated with a younger male from the adolescent population already living on the anemone, researchers said.

Clownfish - which have a distinctive orange colour with blue-white stripes bordered by black - live in tropical climates on anemones where they stay their entire lives.

Male fish tend to look after the eggs and fan them while females act as security guards, scanning the surroundings for predators, issuing warning calls and even launching attacks, they said.

Female clownfish are larger and more aggressive than males and even attack sharks.

Researchers studied the behavioural, physiological and hormonal changes in anemonefish, or clownfish, over several years in France.

"Clownfish don't move from their anemone for their whole life. The largest individual is the female, and if that she gets predated upon or dies, the male then changes sex and becomes a reproductive female," said Suzanne Mills, evolutionary biologist at Centre de Recherches Insulaires et Observatoire de l'Environnement (CRIOBE) in France.

"So when Nemo finally gets back to his anemone at the end of the film, he's actually meeting his Mum," she said.

When the female dies or is eaten then the male changes sex over a few weeks.

There needs to be lots of hormonal changes to become fully female. When the male has changed sex, the largest sub- adult male becomes her new mate with whom she lays eggs, researchers said.

"Because of the sex change the same individual can have an opportunity to breed as a male and a female. The couple defends the anemone together in their own way and they both need each other to survive and reproduce," said Ricardo Beldade, a marine biologist at CRIOBE.

Researchers are investigating how the hormonal, behavioural and physiological characteristics of anemonefish are affected by climate change and other human-induced changes such as boat engine noise.