Eating jellyfish could be the new fad! 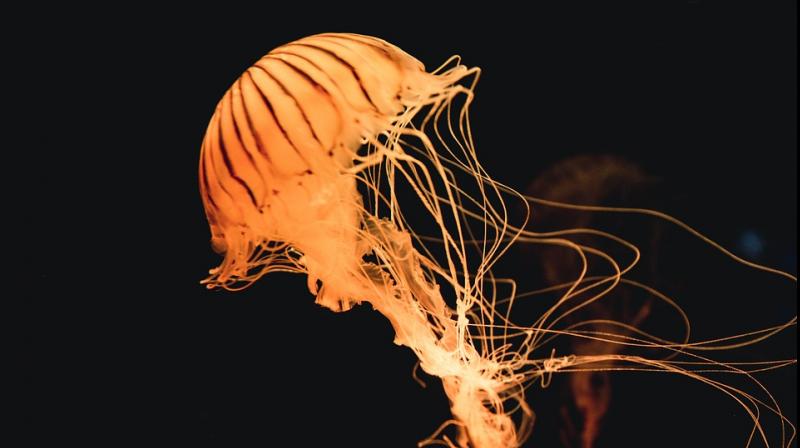 Offshore wind farms along with oil and gas platforms inadvertently provide an ideal habitat for jellyfish to survive (Photo: Pixabay)

It turns out that eating bizarre is becoming something of the norm. According to recent experts, jellyfish numbers have reached such worrying numbers in the Mediterranean sea that one marine biologist is urging people to start eating them to lessen the infestation.

According to experts, offshore wind farms along with oil and gas platforms inadvertently provide an ideal habitat for jellyfish to survive. The study was conducted by Slovenian and Portuguese scientists.

The mauve stinger, which is one of the more hazardous breed with its sting being classifies as one of the worst has become one of the biggest menaces.

Professor Silvio Grecio, one of Italy’s premier marine biologists has been experimenting with ways to make the harmful sea creature appetising.

Speaking to BBC, Professor Silvio said that the jellyfish reminded him of oysters.

“When you eat them you experience an explosion of the sea on your tongue. They are, after all, 90% seawater.”

And according to him, the creature’s naturally salty taste makes it redundant to season it.

According to the professor, the number of jellyfish in the Mediterranean has risen by 400 percent in the last decade or so due to pollution and climate change.

While according to the professor, while growing number of jellyfish is inhibiting marine food chains, man must now be the predator of jellyfish.

He is part of a campaign that promotes sustainable fishing called Slow Fish Festival, which takes place every two years.

Professor Silvio focuses on the nutritional benefits of jellyfish in order to urge people to take it up. Jellyfish are rich in protein and collagen and also happen to be fat-free and low on calorie.

His ethos is part of a campaign that he’s been promoting at the sustainable fishing Slow Fish festival, which takes place every two years in Genoa.

One popular method that Grecio has been using to cook the sea creature is by deep frying it to create a tempura-meets-calamari dish.