We take a deeper look at the social media ‘challenges’ that are posing a great threat to the lives of millennials world over. 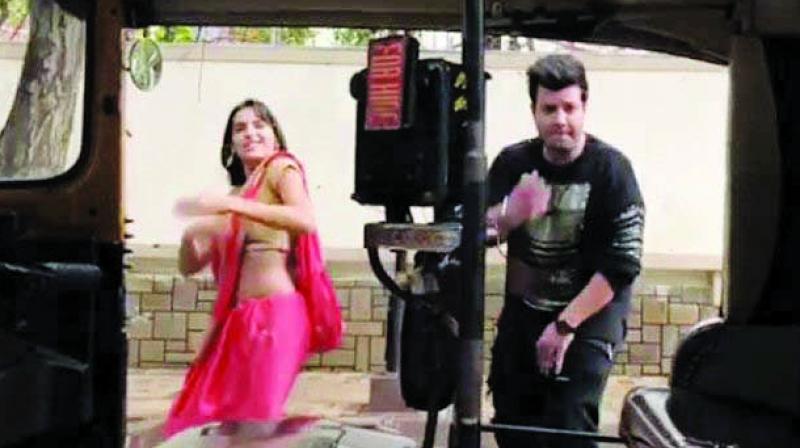 Nora Fatehi does the Kiki Challenge

In an alarming trend youngsters are falling prey to inane challenges like Kiki, and now Momo on their smart phones. Experts advice caution and care to address this form of addiction.

If there is ever an era, which has seen the reign of bizarre social media challenges like none other; this has to be it. Just as attempts are being made to avert the viral yet inane KiKi Challenge (inspired by celeb Canadian rapper Drake’s chart busting track In My Feelings from his recent album Scorpio), there seems to be another in the offing — pegged as a Momo Challenge, which surfaced post the recent death of a 12-year-old Argentinian after she took on the afore mentioned challenge. Functioning along similar lines as that of the infamous Blue Whale Challenge, the Momo Challenge entails a display picture of a scrawny woman with bulging eyes. Its account and number circulates through prominent networking mediums like WhatsApp, Facebook and YouTube.

The challenge, allegedly, kick-starts with a text from Momo, who sends disturbing images  to the recipient, who is threatened of dire consequences on non-participation. We take a deeper look at the social media ‘challenges’ that are posing a great threat to the lives of millennials world over.

“I’ve been reading up a lot about these social media challenges, and I feel many of us have lost the plot when it comes to using social media,” begins 29-year-old author Banani Dhar. She adds that the medium should mostly be taken in a lighter vein. “I feel trolls, challenges, and everything in between make up for some great time-killing  entertainment. If you are going to be sensitive and partake in everything that’s ‘trending’ online, you shouldn’t be on it in the first place. Adolescents with identity issues only fall prey to this. The solution is finding something else to direct your misplaced energies and keeping yourself informed for a fresh perspective. Help is only a call away, so do communicate if you ever find yourself being approached or lured by such challenges or people in favour of them.” Citing instability and how a lot of us overlook weak mental health, author Sudipto Das opines, “Make yourself stable from within, through the right education and value system. Young users need to make a clear demarcation between virtual and real life. When the line blurs, people tend to get carried away and untoward results follow.  That is the only way forward,” opines Sudipto Das, an entrepreneur and author.

Expert views: While it is crucial to spread awareness, the whole idea of acting upon such bizarre requests stem from underlying issues. Dr. Sharita Shah, women and child psychiatrist at Bombay Hospital believes that the ones most likely to take up these challenges are those in the age group of 10 to 18 years. “During pre-adolescence and adolescence, there are hormonal changes that make youngsters more emotional, vulnerable and thrill seeking. They also succumb to peer pressure because they don’t want to stand out. We shouldn’t shy away from discussing these Internet challenges. Children are going to find out anyway, so they might as well hear about it from a person who will explain it in the right light.”

Implying how such social media challenges often target teenagers who crave for acceptance; Sanaaz Doust, a counselor at Inventure Academy states,  “The feel good hormone i.e. dopamine encourages teens to indulge in activities that help seek approval from their peers as well as to seek pleasure through such risk-taking behaviours. In times where media has such a high impact, it’s a wake up call for us to start engaging in early and open conversations with our teens, to create an awareness about the hazards and risks involved and to keep them informed that help is always available to them.”

Reach out for help
Dr Manoj Kumar Sharma, professor of Department of Clinical Psychology and a practicing psychologist at NIMHANS, lists down ways to combat the urge to succumb.

“ A lot of such challenges are taken by individuals with an experience-seeking personality. They start out due to plain curiosity, only to realise that they cannot back-out in the advance stages. Check the authenticity of new apps and sites before signing up just because everyone else you know is on it. Falling prey to such instances are also because of the lack of proper judgement, paying heed to bad advice and letting out a lot of personal information out there. The only way to combat such occurrences is by confiding in someone who you can really trust in the offline world. Cut down on excess social media time. And, if you’re unable to do that on your own, seek professional help.