Oldest person in the world dies at 117 in Jamaica

Violet Mosse Brown was the last person to have lived under the reign of Queen Victoria when Jamaica was part of the British West Indies. 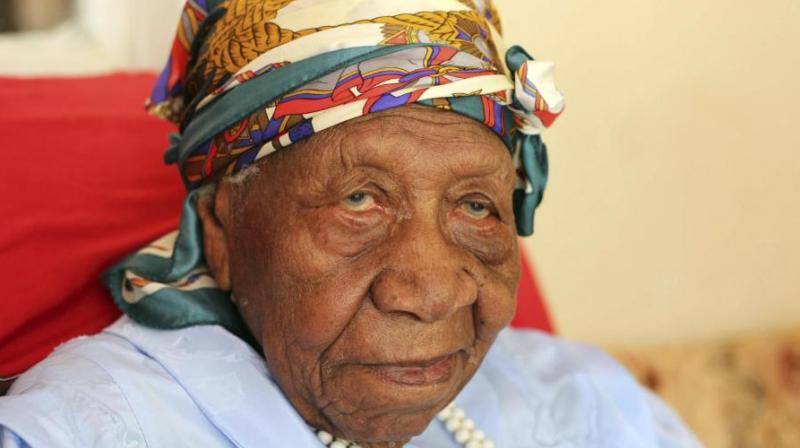 Violet Mosse Brown, was born on March 10, 1900 in North West Jamaica, died at her birthplace at around 2.30 pm on Friday.

She lived in Jamaica all her life and in her younger years worked on a Caribbean sugar plantation.

In an interview with the Jamaican Observer to celebrate her 110th birthday, she said her secrets to living to such an old age were eating cows feet, not drinking rum and reading the bible.

“Really and truly, when people ask what me eat and drink to live so long, I say to them that I eat everything, except pork and chicken, and I don't drink rum and them things,” she said.

She added her 'faith in serving God, and believing strongly in the teaching of the bible' were also fundamental to a long and healthy life.

She was known as Aunt V to her friends and dear ones. According to her family after working on the sugar plantation, she worked as a maid in the 'post slavery period'.

But she went on to buy her own home and became a successful businesswoman selling bread from the only depot in her district.

Our oldest person in the world Mrs. Violet Mosse-Brown has died. She was 117 years old.

Violet was the mother of six and a great-grandmother several times over. She was the last person to have lived under the reign of Queen Victoria when Jamaica was part of the British West Indies.

Queen Elizabeth II of England sent her a plaque when she became the oldest citizen of the Commonwealth.