Don’t go with your gut

A recent study conducted by HealthifyMe has revealed that about 63 per cent of employees in India, are now overweight. 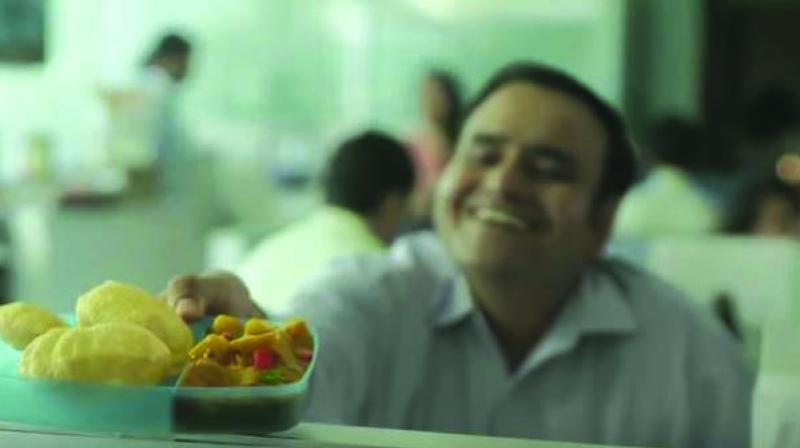 Imagine this: a hot and crispy margherita pizza is placed on your office desk, and suddenly your workplace becomes paradise. Immediately your tummy growls, almost as it if is saying, “Bhook lagi hai, khaana do (I am hungry, give me food)”. Hearing the summon of the stomach, you nonchalantly resort to food that you should not be eating. But who can resist that tempting pizza? So what if, as soon as the meal is over, you get back to work sans exercise, only to order something just as delish the next day (Oh, hello there, kilograms!).

A recent study conducted by HealthifyMe has revealed that about 63 per cent of employees in India, are now overweight. Ironically, this statistic comes right after the launch of Fit India Movement.

One is compelled to wonder how the country ended up here (though, with the above example, you get a clue).

Not that surprising
Delhi-based entrepreneur Praveshh Gaur believes that even 63 is too low a percentage. He says, “The kind of stress we face these days, it’s about the mental load we are facing. This causes people to forget about nutrition and stress eat. If we are engaged in a project, that becomes our only focus in our life.” Another city resident, corporate employee Jaideep Misra, comments on how ironic the timing of this study is. “The Fit India Movement is nice but it is something that the average corporate worker is not even aware of,” he says.

The devil wins
Some office cafeterias provide healthy options. But there is also that devil in your head that tells you to eat that samosa rather than the apple that keeps the doctor away.

On this, Neha Patania, a dietician at Paras Hospital, comments, “If you want to eat healthily, then you will have to make effort. People are running short on time. So to save time, they always go for the food that is easily available.” She adds that bad eating choices are usually made because of peer pressure at the workplace, where people would rather eat junk.

Stress is eating you
Most employees indulge in stress eating, wherein they consume food to counter their stress and anxiety levels. Neha attributes it to the fast-paced life that people have these days. “There is a lot of work pressure due to which people are quite stressed. When they stress eat, they don’t evaluate whether what they are eating is healthy or not. Praveshh adds, “Being mentally unfit reflects on our bodies.”

Jaideep believes that the employment conditions that are offered in many companies around the country are “perhaps the worst in the world”.

He pinpoints, “The average Indian works more hours a day for lesser pay, which means that s/he has less time to go anywhere. There is no emphasis on something such as fitness in the workplace.”

Praveshh continues, “We have a tendency to get attracted to food that gives us pleasure. If we eat something fatty or sugary, our mind releases a certain hormone that makes us happy.” Alas! That happiness is short-lived.

What’s up, doc?
Dr. Manjeeta Das feels that people’s lifestyles have become quite sedentary. She recounts how most of the youngsters she treats resort to outside food rather than home-cooked meals. “It is not only the type of environment they are in. There is a lack of motivation amongst them,” she elucidates.

The doctor also believes that it is not the exotic vegetables or turning vegan and spending extra money that make one healthy. Instead, she advises, “You should just cut down on fat intake, limit carbohydrate intake and start eating what is Indian, like dal, roti and sabzi. Just include a lot of fruits and vegetables.”