According to the study, they even process the spoken word in a similar way to humans - and in the same area of the brain. 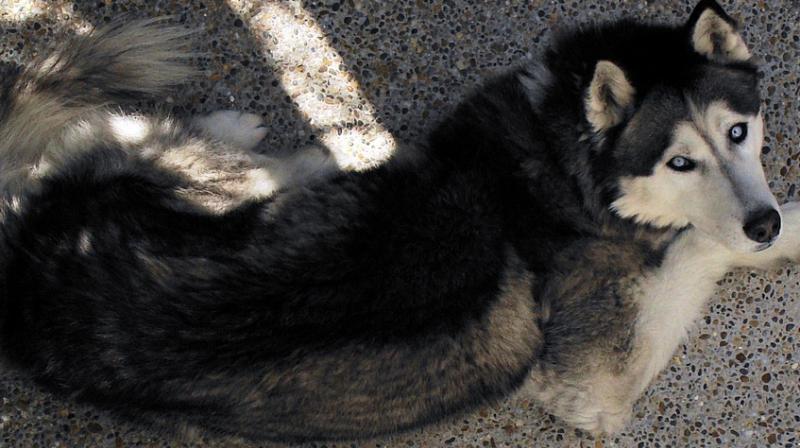 A dozen dogs were trained to lie in an MRI scanner so their grey matter could be monitored as toys were held aloft.

A new research now finds that dogs really can understand language, just like their owners say.

According to the study, they even process the spoken word in a similar way to humans - and in the same area of the brain.

This is the first time scientists have been able to shed light on the mystery.

A dozen dogs were trained to lie in an MRI scanner so their grey matter could be monitored as toys were held aloft.

According to the US study, different areas of the brain lit up when team either used the correct words to describe them - or spoke gibberish.

According to neuroscientist Professor Gregory Berns, of Emory University, Atlanta, Georgia, dogs may have varying capacity and motivation for learning and understanding human words, but they appear to have a neural representation for the meaning of words they have been taught, beyond just a low-level Pavlovian response.

First author of the study Ashley Prichard, a PhD candidate in Prof Bern's psychology lab, added, "Many dog owners think their dogs know what some words mean, but there really isn't much scientific evidence to support that. We wanted to get data from the dogs themselves - not just owner reports."

In the latest study the owners of 12 dogs of varying breeds were trained for months to retrieve two different textured objects - on hearing their name.

One, such as a stuffed animal, would be soft, and the other harder and made out of rubber, to facilitate discrimination.

After fetching them, the animals were rewarded with food or praise.

Once success was consistently achieved, the dog lay in the scanning machine as the owner stood at the opening and said the names of the toys at set intervals, then showed them to it.

"What is surprising is the result is opposite to that of research on humans - people typically show greater neural activation for known words than novel words,” he added.