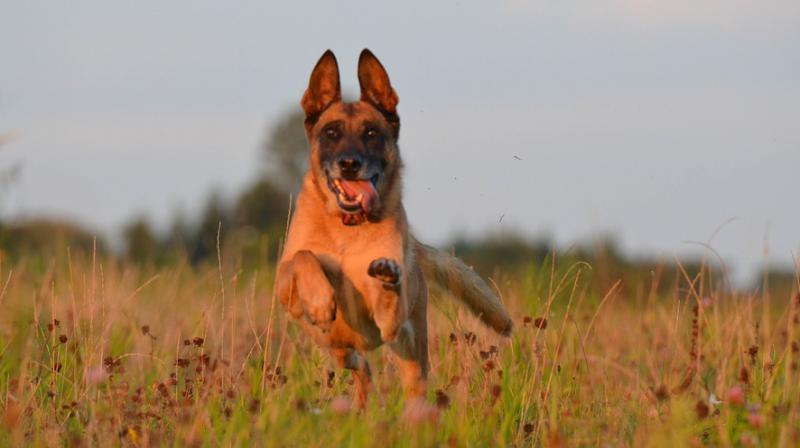 London: A British military dog that saved the lives of troops in Afghanistan is being decorated for bravery.

Mali, an 8-year-old Belgian Malinois, on Friday received the Dickin medal — a prize awarded by the PDSA veterinary charity and billed as the animal equivalent of the Victoria Cross, Britain's top award for military valor.

The charity says Mali was twice sent through direct fire to conduct searches for explosives. He also detected the presence of insurgents, giving troops key seconds to "engage the enemy in close-quarter combat."

Since 1943, the medal has recognized gallantry by animals serving with the military, police or rescue services.

The medal has also gone to police horses, carrier pigeons and once to a cat that caught rats on a besieged vessel in China.