On her India visit, ten-time WWE world champion Charlotte Fair opens up about her late brother, wrestling and her love for India. 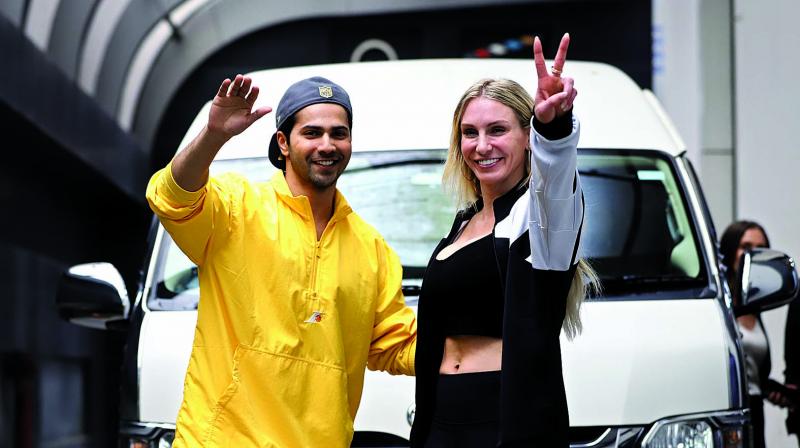 When legendary wrestler and two time WWE Hall of Famer Ric Flair’s youngest son and American wrestler Reid Flair died of an accidental drug overdose in 2013, little did Reid’s older sister Charlotte Flair know that she would be continuing his legacy in the wrestling ring. His death helped inspire Charlotte to become a WWE star, arguably the best female performer on the roster, and one of the leaders of the women wrestling revolution along with Becky Lynch and Sasha Banks.

At the age of 33, Charlotte is already a 10-time WWE world champion who made her main roster debut about five years ago. “My little brother Reid inspired me to become a wrestler. He wanted to be just like my dad and I wanted to be with my brother. Now I am continuing his dream. I still wonder why I am doing this, but it’s really to just be with him,” shares Charlotte on her three-day visit to India.

As she signs posters in a posh hotel ballroom, Charlotte recalls the moment she won Smackdown Women’s Championship in 2017 for the first time, all while her father, was in the hospital. “He was sick and the only thing I could think was that dad would never be able to see me wrestling, and I would never be able to talk to the person who understands what I do,” recalls the wrestler, further confessing that she didn’t think her father was going to live after that. “But when I won the title, he came out and wished me. I will never forget that time,” she smiles.

Known as The Queen, Charlotte’s in-ring acumen has earned her millions of fans across the world. On her second visit to India after three years, Charlotte observes that her fans in India have grown with her. “I was so new to the main roster when I first came here, and now I see my fans have grown up with me,” she smiles. Charlotte also spent time with special athletes in Mumbai on Children’s Day, as she says that she enjoys being around them. “Being able to hold their hand and hug them is all I need. After every match I try to get  down to the kids’ eye level and give them high fives so they can look into my eyes and we never forget each other,” reveals the wrestler.

In her illustrious career, Charlotte has learned from every match and has managed to justify her father’s place as wrestling royalty as well as her sobriquet. However, she is not afraid of losing either. “I have learned to never be afraid of failing. I realise that you never grow if you don’t fail and that’s what I have constantly overcome: It’s okay if you make a wrong move,” muses the athlete, who recently made her debut as an author with her first father-daughter autobiography Second Nature: The Legacy of Ric Flair and the Rise of Charlotte.

Being a pioneer of the women’s revolution in WWE, charlotte has fairly worked to forge a path for women within the WWE Universe. She believes that now there are more opportunities for women. “There are more storylines, opportunities and trust in the game for women. It is no longer male dominated,” she shares, adding that she hopes more women from different countries will step in. “The women from the past and present have opened the door, and now it is up to the women of the future to continue that.”

While many counties are not open women becoming wrestlers, Charlotte responds that change is always slow. “I think we need to continue promoting the message that gender equality is important across the world. Everything is possible but it takes patience to work together and supporting each other universally,” she suggests.

Spending most of her time in wrestling ring, at times Charlotte procures injuries that need a great deal of time to heal. However, the wrestler believes in embracing all the wounds. “Injuries happen because we don’t listen to our body and what we need. Healing time teaches you the most and you learn to see things in a different way,” observes The Queen. She further adds that she prefers to keep the focus on her craft than her appearance. “What defines beauty for me is different. I wear minimal make up because I want to be known for my talent and wrestling,” she elucidates.

Now that Charlotte is in India, she is posting her every move on her social media accounts, as it helps her connect with her fans all over the world. “I feel social media is the only place where people get to see real me. But at times it is so toxic when people start putting hate messages,” she rues. Apart from relishing Indian food, Charlotte also wants to wear a saree. In addition, She has already learnt a few steps of Bollywood dance from actor Varun Dhawan. “I was terrible at it but I like loosening up to Bollywood music,” she gushes and adds that she is in love with Indian culture and tradition. “It’s not that we don’t have that in US, but you see the richness the moment you land in India. I envy that richness and I love it,” she expresses in conclusion.