Notably, the Duchess of Sussex's dad Thomas Markle has also admitted the 37-year-old had "always been controlling". 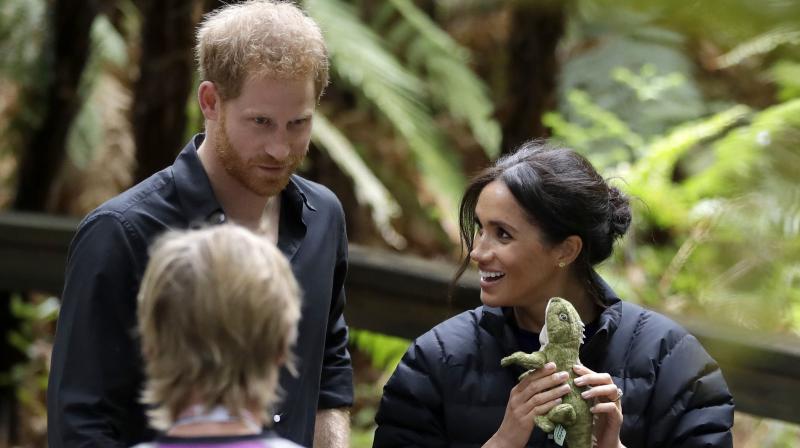 The Duchess has been compared to the Friends character, played by Courteney Cox, who is famed for being obsessively clean and bossy. (Photo: AP)

It turns out that Prince Harry and Meghan Markle have been nicknamed 'Monica and Chandler' by royal staff, because of her controlling reputation.

The Duchess has been compared to the Friends character, played by Courteney Cox, who is famed for being obsessively clean and bossy.

Daily Mail made the claim following rumours about Meghan's behaviour and her relationship with other royals.

Notably, the Duchess of Sussex's dad Thomas Markle has also admitted the 37-year-old had "always been controlling" in an explosive interview with Good Morning Britain.

The American said his daughter was "polite" but said she had always been in charge.

It comes after increasing concern over her conducting royal affairs on her own and under the radar.

Plus, Harry and Meghan are plagued with speculation about a rift with Prince William and Kate.

The couple are also set to snub the traditional Christmas shoot after Meghan raised concerns about killing "defenceless animals".

Now, below stairs staff have dubbed them Monica and Chandler in reaction to her domineering persona and his likeable, but submissive attitude.

The Sussexes will be with the Queen at Sandringham at Christmas amid ongoing rumours of a rift between the two royal couples.

Harry and soon-mum-to-be Meghan turned down the option of staying at Wills and Kate’s Norfolk home Anmer Hall, where they had a “fantastic” time with the children last year.

The two brothers have reportedly fallen out while Kate was said to have been left in tears over ­Princess Charlotte’s bridesmaid dress for Meghan and Harry’s royal wedding at St George's Chapel in Windsor Castle in May.