The findings should not been seen as taking pressure off the need to tackle climate change, the authors and other experts warned. 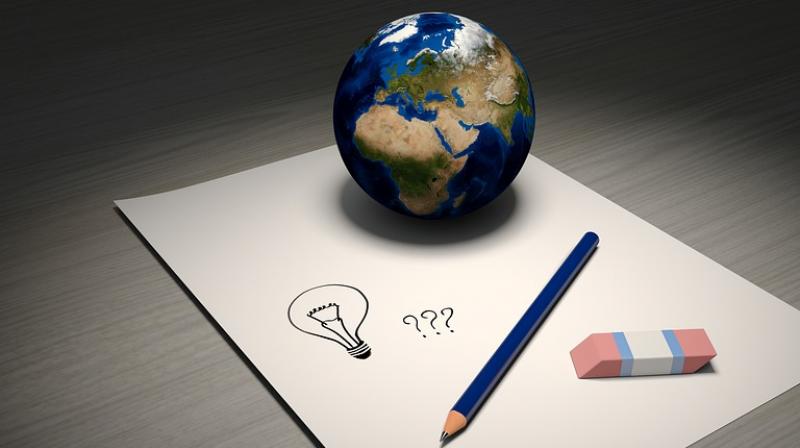 PARIS: Earth's surface will almost certainly not warm up four or five degrees Celsius by 2100, according to a study released Wednesday which, if correct, voids worst-case UN climate change predictions.

A revised calculation of how greenhouse gases drive up the planet's temperature reduces the range of possible end-of-century outcomes by more than half, researchers said in the report, published in the journal Nature. "Our study all but rules out very low and very high climate sensitivities," said lead author Peter Cox, a professor at the University of Exeter.

How effectively the world slashes CO2 and methane emissions, improves energy efficiency, and develops technologies to remove CO2 from the air will determine whether climate change remains manageable or unleashes a maelstrom of human misery. But uncertainty about how hot things will get also stems from the inability of scientists to nail down a very simple question: By how much will Earth's average surface temperature go up if the amount of CO2 in the atmosphere is doubled?

That "known unknown" is called equilibrium climate sensitivity (ECS), and for the last 25 years the UN's Intergovernmental Panel on Climate Change (IPCC) -- the ultimate authority on climate science -- has settled on a range of 1.5 C to 4.5 C (2.7 to 8.1 degrees Fahrenheit). Cox and colleagues, using a new methodology, have come up with a far narrower range: 2.2 C to 3.4 C, with a best estimate of 2.8 C (5 F).

If accurate, it precludes the most destructive doomsday scenarios. "These scientists have produced a more accurate estimate of how the planet will respond to increasing CO2 levels," said Piers Forster, director of the Priestley International Centre for Climate at the University of Leeds.

Gabi Hegerl, a climate scientist at the University of Edinburgh who, like Forster, did not take part in the research, added: "Having lower probability for very high sensitivity is reassuring. "Very high sensitivity would have made it extremely hard to limit climate change according to the Paris targets."

The landmark Paris climate agreement in 2015 called for capping global warming at "well under" 2 C compared to a pre-industrial benchmark, and pursuing efforts for a 1.5 C ceiling. The findings should not been seen as taking pressure off the need to tackle climate change, the authors and other experts warned. "We will still see significant warming and impacts this century if we don't increase our ambition to reduce CO2 emissions," said Forster.

Even a 1.5 C increase will have consequences. With a single degree Celsius of warming so far, the Earth is already coping with a crescendo of climate impacts including deadly droughts, erratic rainfall, and storm surges engorged by rising seas. A 3.5 C world, scientists say, could pull at the fabric of civilisation.

Since industrialisation took off in the early 19th century, CO2 concentrations in the atmosphere have increased by nearly half, from 280 parts per million to 407 parts per million. Up to now, attempts to narrow down the elusive equilibrium climate sensitivity have focused on the historical temperature record. Cox and colleagues instead "considered the year-to-year fluctuations in global temperature," said Richard Allan, a climate scientist at the University of Reading.

By analysing the responsiveness of short-term changes in temperature to "nudges and bumps" in the climate system, he explained, they were able to exclude the outcomes that would have resulted in devastating increases of 4 C or more by 2100. One wild card not taken into consideration by the new model is the possibility of rapid shifts in climate brought on by the planet itself. "There is indeed evidence that the climate system can undergo abrupt changes or 'tipping points'," Cox told AFP.

The collapse of the gulf stream, the thawing of carbon-rich permafrost, or the melting of ice sheets on Greenland and Antarctica -- any of these could quickly change the equation, and not in the Earth's favour.