Tracing the history of Kerala’s Jews

Bonny Thomas conducts a daily tour called Jewish Diaspora that takes visitors through the lives of the Jews who once lived in Kerala. 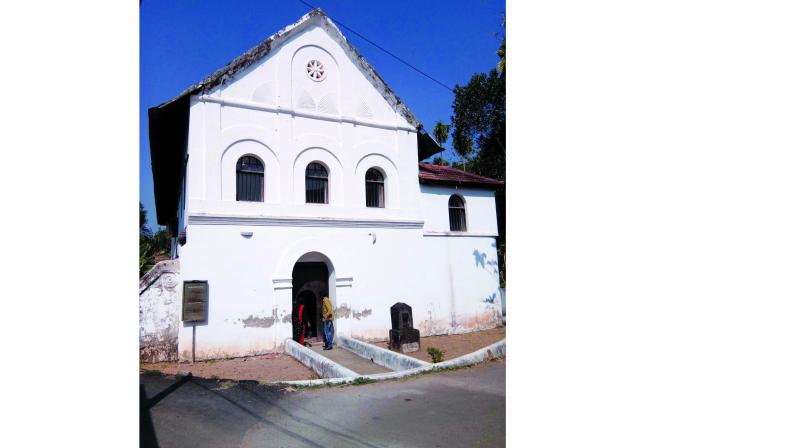 As we begin our journey with writer/ caricaturist Bonny Thomas from Ernakulam, we are like curious children, who imagine pictures in colours while listening to a story. Bonny, the storyteller, takes us through the history of Jews, flipping through images on the television screen inside the traveller. This travel is part of his new venture Jewish Diaspora, a trip through the life of Jews, in association with Greenix Village, a cultural organisation in Fort Kochi. “Jewish Diaspora is a cultural tourism programme where I take the visitors to the places and situations I have mentioned in my book”says Bonny who wrote the book Kochikkaar.

He begins the story of Jews, who contributed in the development of our culture, with the story of King Solomon and Queen of Sheba — tells us about the golden age of Jews during his reign, the spice trade Jews had with Muziris, the current Kodungallur, attacks on the community, how they migrated to different parts of the world including Muziris and their return to Israel. 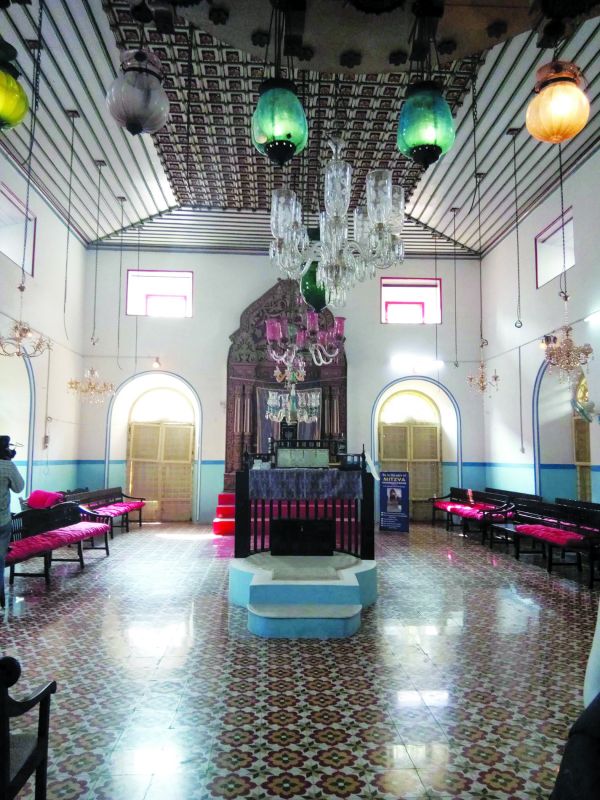 “Now, there are only 21 Jews in Kerala,” he says. “The Jews in Muziris were mostly from Middle East and Yemen. They settled beside the Periyar River. Those who lived near the riverbed later came to be known as the Kadavumbhagam and those who stayed on the southern side of the river were called Thekkumbhagam,” he says.

In Kerala, the Jewish Diaspora begins with Joseph Rabban, a merchant, who lived like a king. The Chera King granted him Anjuvannam along with the 72 rights that were enjoyed by the Chera nobles. “Life of Jews had been very smooth during his time. However, things changed after his demise. Disputes arose between his sons Joseph Azar and Aron and their weaknesses began to surface,” explains Bonny.

After the great flood in Periyar AD 1341, which led to the destruction of Muziris and formation of Kochi, Jews started migrating to different parts of Kerala. Though most of them returned to Israel later, they left behind a great legacy here.

“Their seven synagogues can be seen in Chendamangalam, Mala, Paravur, Ernakulam and Mattancherry,” says Bonny. “The lives of Jews are filled with folk stories. Jews keep a handful of sand from Kodungallur, a place they consider as their Jerusalem, in their homes. When a member dies, they put a pinch from that sand on their tomb.” 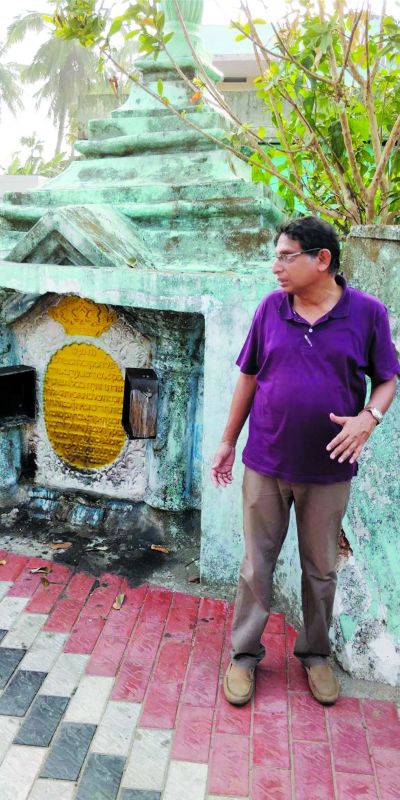 Bonny near the tomb of Jew saint Nahemia Motha in Mattancherry

By this time, we reach Chendamangalam Kottayil Kovilakom Synagogue, first built in AD 1420 and rebuilt in 1624. Outside the synagogue, there is a tomb of Sara, which has scribbling in Hebrew. It is believed that the tomb was brought here from Kodungallur. Crossing the small wooden gates and courtyard, we enter the synagogue. The neatly tiled worship place with intricate carvings has a Bimah, a raised platform at the centre, Hekel, where Torah, their holy text, and other valuables used to be kept, and benches on sides. “Women had no direct access to the place. They would enter here using the stairs outside and would sit on the balcony. They wouldn’t come down.” Behind the balcony there are rooms for women and Torah study. You would find almost the same architecture in all synagogues. Only the embellishments change.

Besides the Chendamagalam Synagogue, we visited synagogues in Paravur, Ernakulam market Jew Street and Mattancherry Jew Town, as part of the travel. Usually, there would be a cemetery and a pond close to a synagogue. Close to the Chendamangalm Synagogue is a cemetery where tombs lay here and there. “They usually maintain tombs well as they believe that the departed soul will come back one day.” One could also find Jewish cemeteries in Mala, Mattancherry, Kathrikadavu and Convent Junction.

After the lunch, we get into the boat to see Kottapuram Fort, an important place in the history. At a time when waterways were the trading routes, Kottapuram Fort was a tax collection spot and a vantage point for the military. An excavation is going on at the place, unearthing new facts. “It is believed that Kanai Thomman, who established the Knanaya community, first came here with 72 families and established the church. It is also believed that he was a Jew who later embraced Christianity.” There is a remembrance monument of him in Kottappuram. 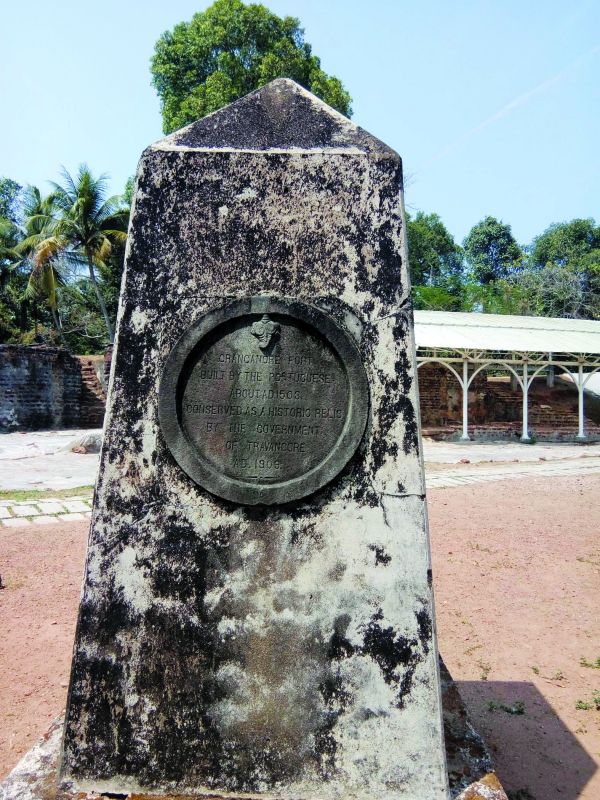 A relic inside Kottapuram Fort

In the afternoon, we return to Ernakulam Market Jew Street to visit the Thekkumbhagam and Kadavumbhagam synagogues there. Only the recently opened Kadavumbhagam synagogue maintained by Elias Josephai is accessible for visitors. “Everywhere, you would find a market around Jewish settlements. They built this market and the Paravur Market,” says Bonny.

Crossing the Rajendra Maidan, which too has a Jewish link, we reach the Paradesi Synagogue in Mattancherry, a popular tourist destination. We walk through the Jewish alleys listening to more stories and conclude our day-long journey at the tomb of Nahemia Motha, a Jewish cabalist and poet, who is now considered as a saint. “People from all religions come here and pray,” says Bonny. When scheduled, the tour that begins at Marine Drive at 8.30 am will end by 5 pm at Mattanchery.