Driving past a game of cricket, the ace former cricketer couldn’t resist trying a few shots, with the video of the incident going viral. 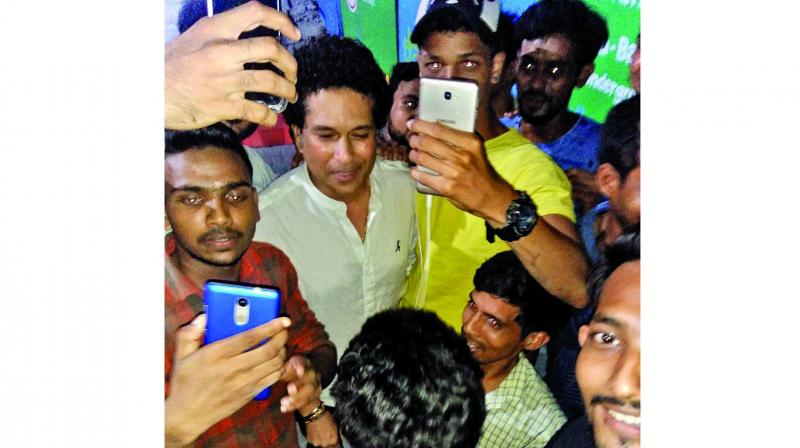 “One of Sachin’s friends came out from the car and told us ‘There is a man who played in the Indian cricket team, and now wants to play with you. Will you allow him to?’”

Cricket is a much-loved sport in our country, and iconic players of the game much-revered. Of them all, Sachin Tendulkar is a name that stands out most. Often called the God of cricket, the former Indian batsman is pretty much everyone’s favourite.

And he endeared himself even more when he got out of his car in a busy bylane of Mumbai’s suburb Bandra, and indulged in some gully-cricket with a few youngsters. A routine night of playing some cricket to unwind after work became one to remember when the humble Master Blaster joined in the restaurant workers in BKC.

The video of the quick game, which went viral almost instantly, shows Sachin getting out of his car and shaking hands with the boys, before taking his stance in front of a plastic road divider. As he looked like he rolled the years back, Sachin played a few shots before taking selfies with them. 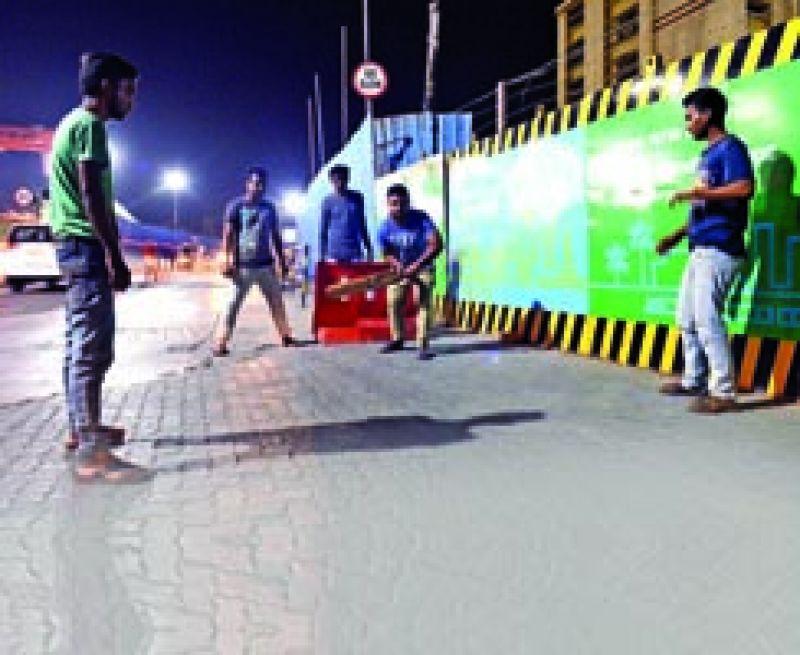 Sameer Shaikh, the manager of the food delivery joint where the youngsters — all under the age of 25 — work says, “We were wondering who this person was who parked his car in the middle of the road in such a narrow lane,” he chuckles, now recounting the incident. “He was possibly clicking a selfie or making a video while in the car.”

The boys, who make anywhere between Rs 10,000 to Rs 15,000, regularly indulge in a game of cricket every night when the orders dry up.

And as he was about out of the car, it was a rather filmy moment for the gang, who regularly play cricket to unwind after their 12-hour shifts. Salman Ahmed Syed says, “One of Sachin’s friends came out from the car and told us ‘There is a man who played in the Indian cricket team, and now wants to play with you. Will you allow him to?’” Excited, Shanu Khan adds, “We said okay, and asked the man to call the cricketer out. But we had no idea it was Sachin!”

Another employee, Ramanuj Dhuriya, adds, “Sachin was apparently going to meet his friend, but stopped when he saw us, and said he’d rather play with us first!”

He may have barely played four balls, but the ace batsman gave the awestruck boys something to remember him by. “He spoke to us in Marathi and asked us ‘ball kon pakadnar’ (Who will catch the ball?) He did not miss a single ball!” Sameer says with a shy smile. “He asked us what we do and we told him about our food joint.”

However, their moment of quick cricket was interrupted when drivers stopping by realised it was indeed Sachin on the streets playing cricket, and ran towards him for pictures. After a quick few selfies, the legend departed, but not without setting social media on fire with his warmth and humbleness.

After Sachin played about four balls before he was spotted by passers-by. A woman in the car came to a quick halt and jumped out on spotting him, screaming, “Sachin, I love you.” That gathered the attention of other folks as well, causing Sachin to quickly take pictures with his ‘teammates’, before he zoomed off.