Parasri said that he has faced discrimination and hopes that gestures like this can bring positive change in the mindset. 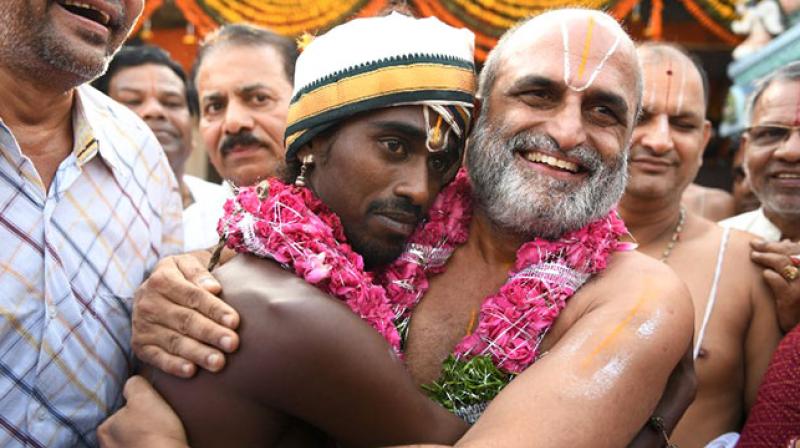 As the nation faces a grave threat from polarisation based on religion and caste, shocking incidents of violence and discrimination only make things worse. But there are also gestures and acts of compassion which come as a ray of hope in dark times.

In a similar incident from Hyderabad, a priest carried a Dalit man into a temple on his shoulders and hugged him as part of a 3000-year-old tradition. CS Rangarajan of Chilkur Balaji Temple carried Aditya Parasri into the sanctum sanctorum as he sent a strong message against discrimination.

The ritual called Muni Vahana Seva is a re-enactment of a 2700-year-old incident and is aimed at propagating equality among all sections of society and to stop oppression of Dalits.

Meanwhile Parasri said that he has faced discrimination and was even allowed entry in temples because he is Dalit, but hopes that gestures like this can bring positive change in the mindset.