France asks Notre-Dame donors to be cautious, warns them against scammers. 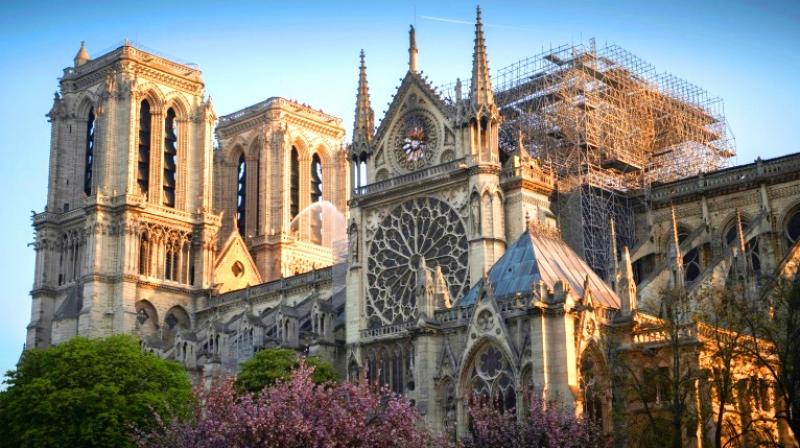 Paris: Fraudsters are taking advantage of the Notre-Dame fire to fool donors into handing over cash believing they are helping to rebuild the gutted Paris cathedral, officials have warned. The French Heritage Foundation, which has so far collected more than 13 million euros (USD 4.5 million) from individual donors to help restore the gothic landmark, said any phone or email appeals are fake.

"A number of scams have been flagged to us both in France and abroad," the foundation said Wednesday, insisting it issues no appeals by phone, mail or email for donations. "All of these initiatives are fraudulent."

The foundation is accepting donations through its website (don.fondation-patrimoine.org), its Facebook page, PayPal, a Paris metro station and by SMS for those in France. Culture Minister Franck Riester on Tuesday warned people to be vigilant of websites claiming to support the reconstruction of Notre-Dame, which suffered heavy damage in Monday's blaze.

French President Emmanuel Macron has vowed to rebuild the monument by 2024, when France hosts the summer Olympics. "We will rebuild the cathedral even more beautifully and I want it to be finished within five years," Macron said in a televised address to the nation a day after the blaze. "And we can do it."

France had over the course of its history seen many towns, ports and churches go up in flames, he said. "Each time we rebuilt them," he said, adding that the cathedral inferno had shown that "our history never stops and that we will always have trials to overcome."

National monuments pose a myriad of problems when it comes to insuring them as the fire at Notre-Dame cathedral in Paris shows. The French state owns the building and is its own insurer, and thus bears the entire risk. According to the Culture Ministry, the state owns 2.7 per cent of the 44,321 listed historical monument. Although the state owns the building, it is theoretically the archdioceses of Paris who is responsible for insuring the interior.