Life   More Features  18 May 2018  Meghan Markle will walk down the aisle without her father at royal wedding
Life, More Features 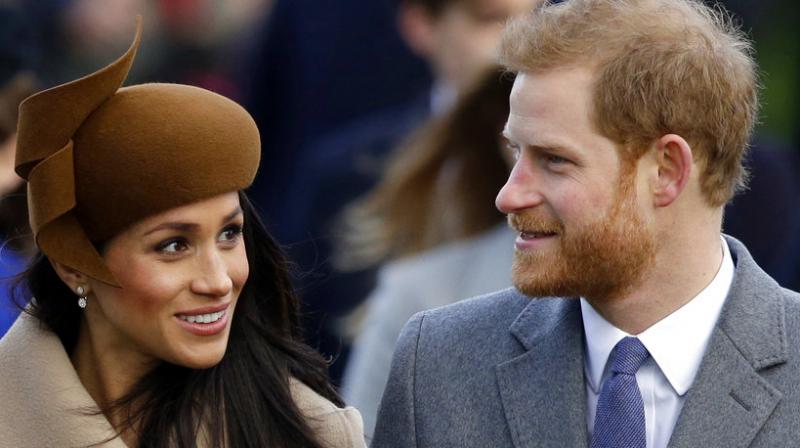 While a global audience will be watching the wedding, some polls have suggested that many Britons are not as enthralled as the media. (Photo: AP)

Meghan Markle confirmed she will walk down the aisle without her father when she weds Prince Harry in a glittering ceremony on Saturday, putting an end to days of speculation that has marred the build-up to Britain’s biggest social event of the year.

Outside the ancient walls of Windsor Castle, home to the English royal family for nearly 1,000 years, crowds of well-wishers mingled with tourists and swarms of television crews under swathes of red, white and blue Union flags.

Harry, Queen Elizabeth’s grandson, and U.S. actress Markle, a star of the TV drama “Suits”, will tie the knot on Saturday in a royal extravaganza at the castle’s 15th-century St George’s Chapel.

Markle’s father, Thomas, had been due to walk his daughter down the aisle in front of a congregation of senior royals, celebrities, friends of the couple and a TV audience of hundreds of millions.

But the former lighting director for TV soaps and sitcoms gave a series of contradictory statements about whether he would be there, with the Los Angeles-based celebrity website TMZ.com saying he had undergone heart surgery on Wednesday.

“Sadly, my father will not be attending our wedding. I have always cared for my father and hope he can be given the space he needs to focus on his health,” Meghan Markle, 36, said in a statement.

“I would like to thank everyone who has offered generous messages of support. Please know how much Harry and I look forward to sharing our special day with you on Saturday.”

Meghan and Harry were driven to Windsor Castle on Thursday where the Royal Standard was raised, indicating the monarch was also in residence. The couple will stay in separate luxury hotels on the eve of the wedding.

The wedding celebrations, forecast to play out under sunshine and blue skies, will be a sumptuous show of British pageantry that is likely to attract a huge world audience.

Supporters hope the union of one of the most popular royals and a glamorous American actress, a divorcee with a white father and an African-American mother, will reinvigorate the monarchy.

Beside the British royal family, which blends sometimes stuffy European traditions with the global popularity of modern superstars, Markle has brought some Hollywood glamour and a sense of modernity to the House of Windsor.

However, much of the carefully planned and choreographed build-up to the ceremony has been overshadowed by confusion over the attendance of Markle’s father, who is divorced from her mother, Doria Ragland, a yoga instructor and social worker.

TMZ said it had spoken to Markle’s father after his surgery and that “he seemed alert and coherent, telling us doctors implanted stents in his blood vessels”. It was not known when he will be out of the hospital.

Ragland, who will spend the night before the wedding with her daughter in the five star Cliveden House hotel and accompany her to the chapel, has arrived in Britain and was due to meet the 92-year-old queen and her husband Prince Philip, 96.

Markle’s mother met Prince Charles and his wife Camilla for tea on Wednesday. Royal commentators have speculated Ragland will now walk her daughter down the aisle instead.

GLOBAL SPECTACLE
After the hour-long ceremony, the couple will take part in a procession through the town’s ancient streets on a 19th Century Ascot Landau carriage pulled by four Windsor Grey horses.

Police are expecting more than 100,000 people to throng the streets outside the castle, the queen’s home west of London and the oldest and largest inhabited fortress in the world, and have said there would be tight security for the event.

A large number of officers were present as crowds watched the troops who will accompany the newlyweds on the carriage procession perform a practice run on Thursday.

Britain’s monarchy continues to be a source of fascination around the world and few other countries can emulate the pageantry which surrounds the royals.

Queen Elizabeth, the world’s longest reigning current monarch, is deeply respected and popular in Britain. Harry, 33, the younger son of the late Princess Diana, has himself always been a very popular figure member of the royal family.

A cheeky child who stuck his tongue out at photographers, he left a lasting memory in the minds of many when aged just 12, he walked solemnly behind his mother’s coffin as her funeral cortege made its way through London after her death in a car crash in 1997.

There was a celebratory atmosphere in Windsor.

Sales of everything from flags and biscuits to tea towels emblazoned with the couple’s pictures were brisk. A restaurant handed out free pizza to royal fans, some of whom have slept on the street since Tuesday to catch a glimpse of the newlyweds on Saturday.

“The atmosphere at the moment is wonderful,” said Sandra Atkinson, a 54-year-old sales assistant at the Cath Kidston shop in Windsor.

“We’ve almost sold out of our wedding items. We’ve sold out of all our mugs, all our tea towels. It’s been wonderful for business. We were expecting the Americans to come in, and they have come in.”

While a global audience will be watching the wedding, some polls have suggested that many Britons are not as enthralled by the nuptials as the media.

However, other surveys show most Britons are in favour of the monarchy continuing in Britain and that the wedding and the birth last month of William and Kate’s third child, Prince Louis, were events of which Britain could be proud.