Prince Charles to walk Meghan down aisle after dad drops out

Despite the rocky build-up, at least Britain's unpredictable weather looks set to behave, with a forecast for clear skies. 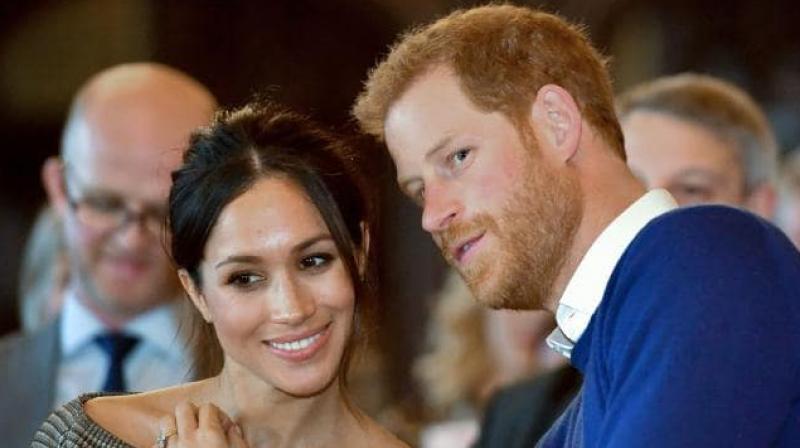 The Prince of Wales is ''pleased'' to be able to welcome Markle to the royal family in this way. (Photo: AFP)

Prince Charles will be the one to walk Meghan Markle down the aisle when she marries his son Prince Harry, palace officials said Friday as final preparations were under way on the eve of the royal wedding.

The bride had initially hoped her father Thomas Markle would take on the role, but confirmed Thursday he would not attend as he is recovering from a heart operation after being caught up in a paparazzi fiasco involving staged pictures.

Although many thought her mother Doria Ragland could step in, Kensington Palace said her future father-in-law would take on the responsibility at Saturday's ceremony.

"Ms Meghan Markle has asked His Royal Highness The Prince of Wales to accompany her down the aisle... on her wedding day," a statement said.

"The Prince of Wales is pleased to be able to welcome Ms Markle to the royal family in this way."

Markle's mum will on Friday meet Queen Elizabeth II for the first time at Windsor Castle, where the nuptials will take place.

She met with Charles and his wife Camilla on Thursday, and will be joined by her daughter and future son-in-law for Friday's afternoon tea with the monarch.

In the weeks running up to the wedding, organisers have been caught off guard by the chaos surrounding the family of the bride-to-be, with palace staff referring to it as the "Markle Debacle", Britain's Daily Mirror reported.

And the palace itself has come under fire for its handling of the situation.

"Kensington Palace has missed a trick with the whole family," veteran royal biographer Penny Junor told AFP, suggesting it might have been prudent for Markle to invite her half-siblings.

"The relatives have become a bigger story than the event itself, which is tragic."

Despite the pre-ceremony fiasco, Meghan was smiling as she arrived for Thursday's dress rehearsal involving military marches and a dry-run of the carriage procession that will whisk the couple around Windsor to greet the crowds after their wedding at St George's Chapel, in the castle grounds.

The duo made a brief appearance, surprising crowds milling around the rehearsal route by pulling in to Windsor Castle via the famous Long Walk promenade.

Meanwhile, Violet Bakery in east London was on Friday applying finishing touches to the "ethereal" lemon and elderflower wedding cake, which it said would be displayed in a special "installation", according to Kensington Palace.

Ingredients for the cake, which will be assembled at Windsor on Saturday, include 200 Amalfi lemons, 500 eggs and 10 bottles of elderflower cordial.

Details about Markle's wedding dress remain a closely-guarded secret, and will not be revealed until the bride arrives for the service.

Mother and daughter will spend Friday night together at the Cliveden House Hotel, set amid an expansive country estate 30 minutes drive from Windsor Castle, while Harry will stay with his brother Prince William at the nearby Coworth Park hotel.

Security forces have transformed the picturesque town into an impregnable fortress.

Every nook and cranny has been scoured and every imaginable security measure deployed to guarantee the safety of the royal couple and the tens of thousands of spectators set to flood the streets.

Diehard royalists have already started camping out in the town to secure the best viewing spots along the carriage route, with dozens expected to sleep on the streets overnight.

"I came here on Wednesday with all my friends," Sam Perez, 50, from New York, told AFP outside the castle gates where he had set up camp.

Much of the week has been overshadowed by speculation about whether or not Markle's father would attend.

US celebrity news website TMZ cited sources as saying he had agreed to the photographs in a bid to improve his image.

"He was trying to explain his side of things, that him working with the paparazzi for those staged photos was an attempt to recast his image to show him as a loving father who was getting ready for his daughter's wedding, and not as a reclusive lush," reporter Sean Mandell told the BBC.

Despite the rocky build-up, at least Britain's unpredictable weather looks set to behave, with a forecast for clear skies and mild temperatures.

Further good news arrived when it was announced that Harry's grandfather Prince Philip would attend, despite recently undergoing hip surgery.