Also selected for event at Windsor Castle on Saturday are couple’s goddaughters and godson, and children of one of Meghan's best friends. 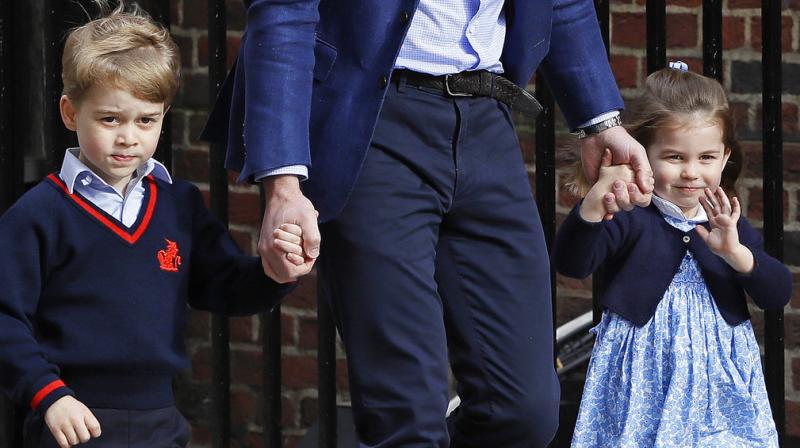 London: Britain’s Prince Harry and his U.S. fiancee Meghan Markle have chosen George and Charlotte, the children of the royal’s elder brother Prince William, to be among the bridesmaids and page boys for their wedding, his office said on Wednesday.

Also selected for the much-anticipated event at Windsor Castle on Saturday are the couple’s goddaughters and godson, and the children of one of her best friends.

Harry’s office said last week that all the bridesmaids would be children and that Markle had decided not to have a maid of honour because she could not choose between her friends.

Princess Charlotte, 3, will be joined as a bridesmaid by Florence van Cutsem, 3, and Zalie Warren, 2, Harry’s goddaughters; Remi and Rylan Litt, 6 and 7, who are Markle’s goddaughters; and Ivy Mulroney, the 4-year-old daughter of her friend Jessica Mulroney.

Mulroney’s sons Brian and John Mulroney, both 7, will also join Prince George as a page boy along with Harry’s godson Jasper Dyer, 6.

While George, 4, and Charlotte will have roles in the ceremony at St George’s Chapel at Windsor, their younger brother Prince Louis, who was born last month, will not be attending, Kensington Palace has confirmed.

Bridesmaid Florence van Cutsem also provides a link to William and Kate’s own wedding. Van Cutsem’s cousin Grace, William’s goddaughter, was a bridesmaid at their ceremony in 2011.