First black female director to compete for the Palme d'Or

Meet Mati Diop – The first black female director in to be competing in the prestigious Cannes competition category ever. 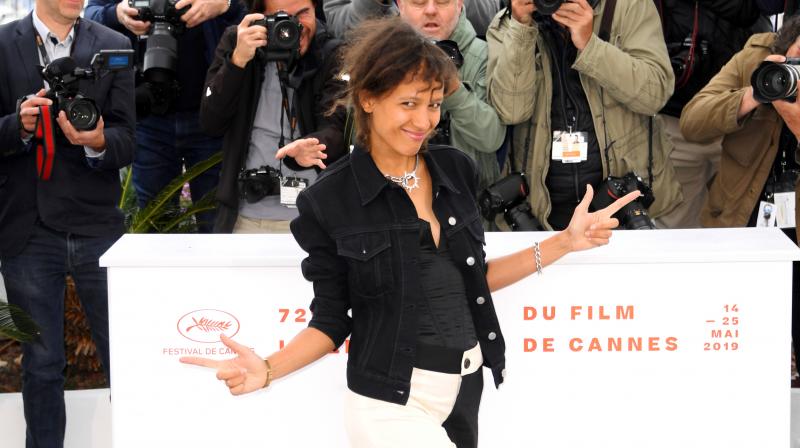 Cannes: Mati Diop was initially disappointed when she, by reading a news article, discovered that she was the first black female filmmaker in the Cannes Film Festival's prestigious competition in its 72-year history.

"I hadn't realised myself. I didn't know," the 36-year-old French-Senegalese filmmaker said in an interview. "My first reaction is that I found it quite sad. I thought, 'Oh, is it?' So there's still a long way to go before it becomes something completely natural and normal and something that's not noticeable, the fact that I'm a black woman."

Diop's milestone has been enthusiastically celebrated in Cannes, where she on Thursday premiered her feature film debut ‘Atlantics.’ The film, which is competing for Cannes' top honour, the Palme d'Or, focuses on the women left behind in Dakar when many of the local young men flee Senegal for Spain by boat, unable to make a living at home.

But for Diop, her unique position in Cannes is a perplexing distinction."What I realised and I'm not used to this feeling, is that it happened to me. I'm not responsible for that. I haven't done anything specific for that. I've just made the film I wanted to make. I'm not embarrassed. I'm not proud. I just take it as a pure fact," said Diop.

‘Atlantics’ marks Diop's first feature as a director, but she's previously made five shorts, one of which was the basis for her Cannes entry. That 2009 short bore the same title but a different perspective, concentrating on a young man forced into a dangerous migration.

"I was myself a witness of the situation, quite a close witness," said the Paris-based Diop, who 10 years ago visited her family in Senegal. "It was 10 years ago that there was this whole wave of a young generation who were trying to flee. They went toward Spain and many of them disappeared. I needed to tell this story. I had already dealt with it in my short but I felt I wasn't done with it."

Diop links her reconnection with Senegal to her birth as a filmmaker. She is the daughter of Senegalese jazz musician Wasis Diop and niece of the pioneering Senegalese director Djibril Diop Mambéty (‘Touki Bouki’). Diop's 2013 documentary ‘A Thousand Suns’ examined her uncle's legacy and his 1972 film, considered to be a cornerstone of African cinema.

Diop has gradually formed her own aesthetic, one that sometimes bleeds documentary and fiction. A friend called ‘Atlantique’ ''a fantasy documentary" but Diop prefers to call it "a contemplative action film."

"It was written as a fiction but I don't make this limit. I don't think it's our business as filmmakers to draw these limits between documentaries and fiction. When you have the desire to make a film, you make a film," she says. "The reality that I described is so anchored in social and political and economic terms, of course there is a real texture and embodiment of the subject and my approach it in it that can be documentary-like."

Diop has gradually come to terms with her history-making status in Cannes. On Friday, she told reporters that maybe she is a little proud and noted that Jordan Peele's films (‘Us,’ ‘Get Out’) have been enthralling for her. In the interview, she cited Sofia Coppola's ‘The Virgin Suicides’ as a guidepost to her.

"I must acknowledge that myself, when I was growing up, I didn't have a black or mixed race filmmaker who would have been inspirational to me. It's important to have these kinds of figures. So if I may someday become a kind of figure like to for younger women, then that would be wonderful. So I think it does matter," said Diop.