Mumbai cop 'saves' her way into the syllabus

Rekha Mishra saved hundreds of children from indulging in illegal activities and is now a part of the SSC curriculum. 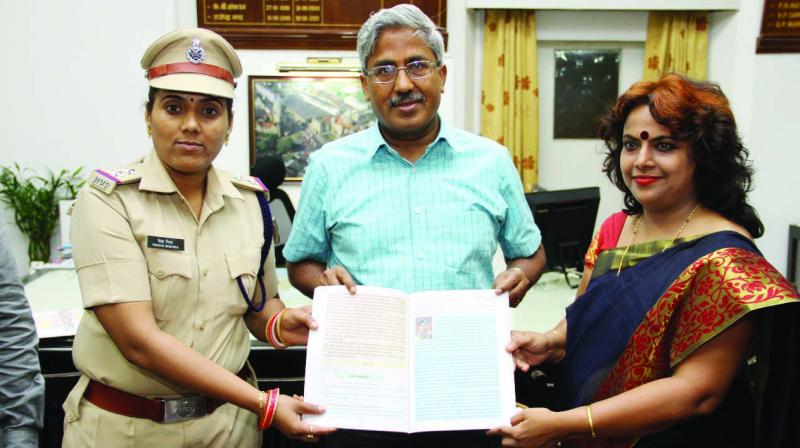 While travelling by train, commuters often spot children gallivanting about the station. Sometimes, they are school children having fun or hawkers selling commodities. However, among them are also children who don't belong to the city, but have been brought here by unlawful means. Here's where Railway Police Force (RPF) sub-inspector Rekha Mishra comes into the picture. She is credited with rescuing more than 400 children and because of this feat; class 10 Marathi textbook now has a chapter dedicated to her.

Ms Mishra’s heroic journey started in 2015, when, after completing her training, she was posted at Chhatrapati Shivaji Maharaj Terminus (CSMT) railway station. Recounting her earlier years, she says, “When I first started working at CSTM, I was in the Mahila Shakti department, which works for women passengers’ safety. During our rounds, we would find children roaming on railway tracks or in the rain unsupervised. They would go from one station to another or take drugs near the railway tracks. That’s when we informed our senior officers that there are children like these, but they don’t have a criminal record. The question was, what to do with them?”

That’s when Ms Mishra and her team decided to rescue these unsupervised children. They started their mission in 2016, and have rescued over 400 children till date. According to her, it is the glamorous image of the city that attracts young, impressionable children. “Fourteen to 15-year-olds understand that their financial situation at home is not good, so they come here in search of employment. Some kids have distant relatives in the city. They hear ‘Mumbai’ and come to meet them, even if they don’t have their address. Sometimes, they become friends with someone over Facebook and come here to meet them,” says the sub-inspector, drawing on the various cases she has come across. “There have been cases of kidnapping or missing children, where someone abandoned the kids and they came in contact with us,” she adds.

She narrates an incident she remembers vividly; “A girl from Madhya Pradesh, who had eloped with a boy, was found at the station. The guy ran away when he saw us in uniform at CSMT station. Then we identified the girl and sent her back home.” But, it’s not easy to help every child. Sometimes, children choose to stay silent as talking to the police can seem intimidating. Also, tracing the homes of these children can be quite a task, especially when they don’t have a complete address. Ms Mishra, however, takes on these challenges with gumption. She says, “If the child has an address, even if it’s incomplete, we contact the local NGO and try and reunite them with their family.”

When asked about her chapter in class 10 textbooks, she beamed with pride and said, “It felt extremely good. The chapter will inform parents about their role and how they should treat their children. It will also tell children that they are safest with their parents. Because of this chapter, children and parents will sit together and discuss the topic of safety. This makes me very happy.”

Good work always gets recognised, and after Ms Mishra got featured in the Marathi textbook, general manager of the Central Railway, D.K. Sharma, felicitated her, congratulating her on being featured, he said, “She is doing an excellent job and simultaneously serving a noble cause too. Her being part of a chapter in the textbook will definitely inspire the new generation.”