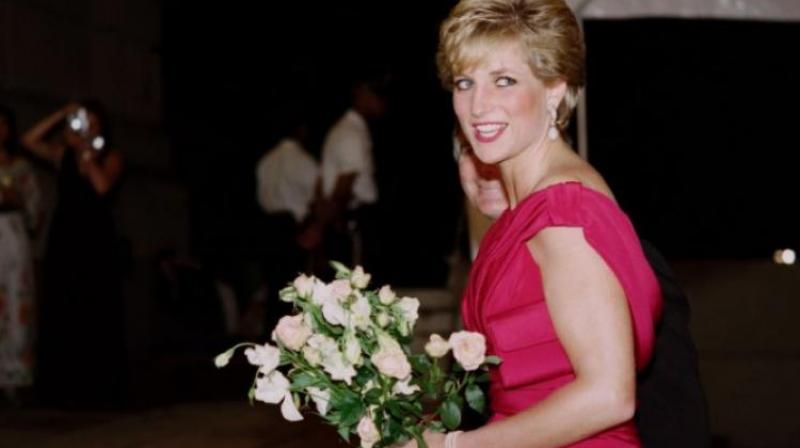 London: The daughter of Princess Diana's oldest sister, Lady Sarah McCorquodale, Celia McCorquodale, wore the Spencer Tiara at the time of her wedding on Saturday.

Back in 1981, Diana wore the same Tiara during her wedding ceremony. Celia McCorquodale on Saturday wore the tiara when she took her vows with George Woodhouse.

According to People magazine, the Tiara belongs to the Spencer family (one of Britain's noble families) who trace their lineage back to the Tudor dynasty.

Moreover, it was the first time in 21 years since Diana's death (1997) the tiara had not been worn in public.

The Spencer Tiara adorned Diana's head when she married Prince Charles, but according to People magazine her future mother-in-law Queen Elizabeth II had loaned her the Queen Mary Lover's Knot Tiara for the wedding, which she eventually refused.

The Queen Mary Lover's Knot Tiara did, however, become one of Diana's favourites to wear to various royal engagements. Diana went on to borrow tiaras from the royal family but more often she wore the Spencer's Tiara as it was claimed to be lighter and easier to wear than the others.