Gunnar Birkerts also taught architecture at the University of Michigan from 1959-1990. 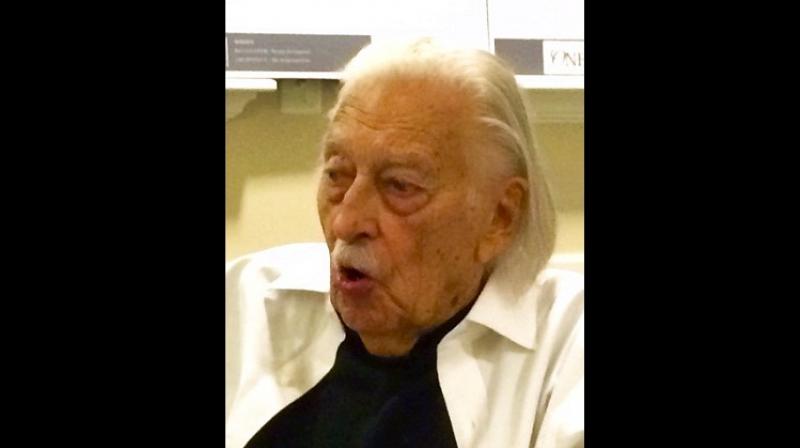 Needham: Gunnar Birkerts, an internationally acclaimed modernist architect who designed buildings including the Federal Reserve Bank in Minneapolis, the Corning Museum of Glass in Corning, New York, and the University of Michigan Law Library, has died. He was 92.

His son, Sven Birkerts, said his father died Tuesday of congestive heart failure at his home in Needham, Massachusetts. Birkerts was born in Riga, Latvia, on Jan. 17, 1925, but fled during World War II when he was in his teens. He made his way to Stuttgart, Germany, where he began studying architecture.

In 1949, Birkerts emigrated to the United States. He was based in the Detroit area for much of his career and worked for several different architecture firms before he and a colleague, Frank Straub, founded Birkerts and Straub in 1962. He eventually went on to lead his own firm, Gunnar Birkerts and Associates, for decades. He also taught architecture at the University of Michigan from 1959-1990.

Birkerts was widely known for his use of light in his designs. Some of his other notable buildings include the Kemper Museum of Contemporary Art in Kansas City, Missouri, the IBM headquarters in Sterling Forest, New York, and the U.S. Embassy in Venezuela.

His final work, the National Library of Latvia in Riga, opened in 2014 and is now widely known as "The Castle of Light." The American Institute of Architects awarded the library its 2017 Library Building Award. Birkerts is survived by his wife, Sylvia, a fellow Latvian who he met in Germany and married in 1950, their three children and seven grandchildren.