Casting bread upon the water

The director, who is overwhelmed by the win, can’t control his excitement over the development of the film, which will soon be released. 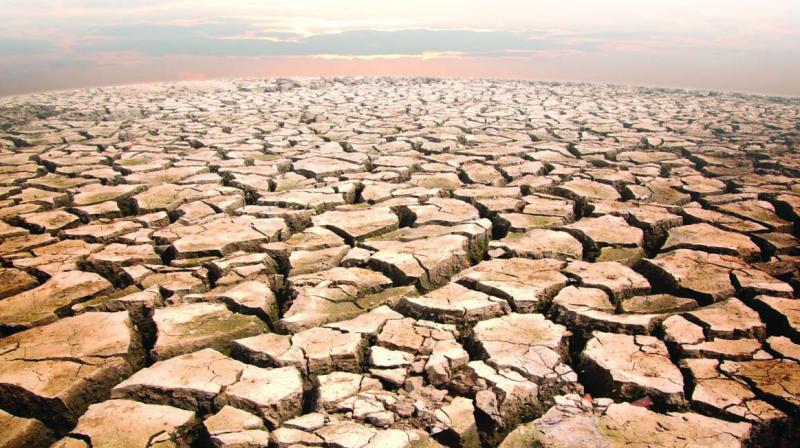 Addinath Kothare had just returned to his hotel room in Warwick, where he is shooting Kabir Khan’s much-anticipated sports drama ’83, when his phone rang.

Addinath Kothare had just returned to his hotel room in Warwick, where he is shooting Kabir Khan’s much-anticipated sports drama ’83, when his phone rang. The celebrated producer of Marathi cinema and his father, Mahesh Kothare, was on the line. His father, miles away in India, gave him the good news that the actor’s directorial debut Paani had won the National Award for the Best Film on Environment Conservation this year. “It was a very emotional moment for me, it still has not sunk in,” recollects Addinath, whose biopic on Hanumant Kendre, a common man who replenished water in his drought-ridden village in Marathwada, won the prestigious accolade.

The director, who is overwhelmed by the win, can’t control his excitement over the development of the film, which will soon be released. Talking about his inspiration to explore water scarcity as a topic for his debut movie, the actor-director says, “The issue is very close to all of us, and I wanted to direct and tell a story about the water issue because it was something which was really troubling at the bottom of my heart.” With a theme in mind, the director went on to research on the subject for the film, and that’s when he came across the story of Hanumant. “I stumbled around this small village in Maharashtra called Nagdarwadi where a common man called Hanumant Kendre brought his entire village together by water harvesting, and how that village today is self-sufficient, tanker-mukt, as they say, and also supplies water to the neighbouring five villages,” he adds.

So he spent four years developing the film with his co-writer and creative Nitin Dixit, and then pitched it to Priyanka Chopra Jonas’ production company Purple Pebble Picture. Not only the actress became a force to be reckoned with, but Addinath also reveals that her involvement in the film was a learning experience for him. “What I am really humbled by is the way she is so hands-on.  In spite of doing Hollywood and Bollywood projects at the same time, she is also looking at her production house and has time to read the scripts and give feedback. She is open for discussion, and she is one of the most hardworking people I’ve seen in my life,” gushes the actor.

Further, Addinath, who is also essaying the role of Hemant in the movie, delves into the challenges of shooting in the interiors of Maharashtra. To stick true to the effect, the team shot the movie in sweltering May at the real locations where the events unfolded. Moreover, their entire team of a hundred people, from spot boys to the producer, had to find accommodation in a boy’s hostel that was vacant due to summer vacations. Although the biggest challenge for Addinath came while handling the two roles – the director and the actor. “I remember there was a very emotional scene, and I had three scenes lined up that day. It took several takes, and it drained me so much emotionally. Physical fatigue is something that you can fight, but the mental fatigue is the most challenging to fight that too in 45 degrees temperature.  But because you are in a flow of shooting a film, where you are unstoppable, I think that’s what helped me through it. It was a mammoth of a task. It was a real-life test for me,” he recounts.
In addition to shooting at real locations, the actor-director also chose to make this film in Marathi in order to stay true to both soil and soul.

Paani may roughly recount the events from 1999 to 2001, but water scarcity is as pressing an issue as it was earlier. Stressing on the need for filmmakers to address the environmental concerns in the movie, Addinath says, “We were blown away to see just the facts put together were so dramatic. In fact, the reality is stranger than fiction; you don’t need to add masala in it.  Movies like these will inspire, move and entertain the audience because it’s a storytelling process.” And so, the director concludes by expressing gratitude to his subject, by saying, “I would really like to thank Hanumant Kendre and his entire village, and I would like to dedicate this award to him, his village and every person, who is fighting for water, trying to create awareness about it.”