Animal abuse exists, even if we choose to look away

While violent people often start by abusing animals and then move to targeting humans, animal abuse can be curbed with rise in awareness. 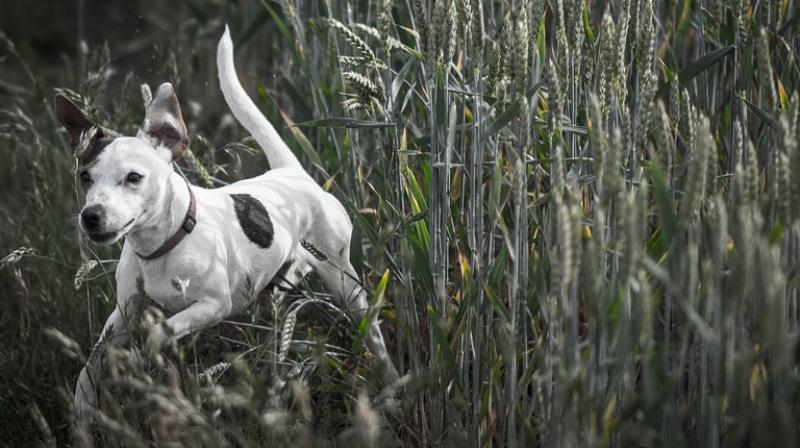 Rise in awareness to the plight of animals will help create a more compassionate and kinder future for all (Photo: Pixabay)

A Chinese man is being investigated for running a 'veterinary' clinic on the street that cut the vocal cords of 'noisy' dogs for a fee. T

hat is not all; recently, a man was nabbed in the Chembur Naka area of Mumbai for forcing himself on a stray dog for days in a row.

The cases of animal abuse are on the rise, it seems. From graphic incidents of raping puppies in Delhi to throwing them off buildings for sport down South or even ganging up on a rabid donkey for pleasure (which, needless to say, did not end too well for the 15 Moroccan teenagers), humans are rampantly abusing their power, and intelligence for acts of bestial deviancy, leaving the world shocked.

But the question remains… why?

Speaking about such cases of animal abuse around the world, Meet Ashar

Emergency Response Coordinator - PETA India said that they are often precursors to something more ghastly.

“Violent people often start by abusing animals and then move on to targeting human victims. Therefore, this case should worry everyone.”

He goes on to add that perhaps the outdated and weak Prevention of Cruelty to Animals Act 1960 prompts offenders to carry out such acts of bestiality.

“The maximum punishment for a first offence, no matter how heinous the crime is, is a mere Rs. 50 fine,” he adds for good measure.

Why the bestiality, deviancy in human nature that causes so much harm to hapless creatures?

Dr. Kallahalli Umesh; Waltham Scientific Communication Manager, South Asia Mars India (Pedigree) says that bestiality or the practice of sex between humans and animals does exist, even if we often decide to turn our heads away from it.

“It is believed that some indulge in this act out of superstition like a cure for sexually transmitted diseases and use of other animals like goat or sheep are also involved. Most cases may go unnoticed in our country.”

Even Meet, from PETA feels that there is a tendency of looking the other way when it comes to animal abuse.

“Sadly, if cruelty-to-animal cases are not followed up on, they are sometimes ignored or not registered.”

He further adds, “PETA calls for anyone found harming animals to be punished to the fullest extent of the law for the entire community. Today, globally some 77 billion land animals are farmed a year—more than ten times the number of humans there are on the planet, most of them in intensive factory farming systems which deny them their natural behaviours—and trillions of fish are killed. And these numbers keep rising. In India alone, an estimated one million chickens are killed to be eaten every four hours.”

However, not all is bad, according to Meet.

“More and more people are realising animals are not ours to buy and sell like teacups, rice or chairs and are choosing to adopt a dog or cat in need from an animal shelter or one suffering on the street instead. There are literally millions of homeless dogs and cats languishing on the streets and in animal shelters making it irresponsible for anyone to breed or buy animals. Every time someone buys a ‘foreign’ purebred puppy or kitten from a breeder or pet shop, an animal in need loses his or her chance at finding a loving home.”

Even Kallahalli Umesh is of the same opinion, adding that adopting a pet is a good idea as not only does pet-keeping benefit the owner in many ways but there is a growing body of work to suggest it is a key builder of ‘social capital’ within a community.

When Deccan Chronicle asked Sale Ranch Sanctuary, a non-profit organisation based in US that offers forever homes to animals that have been neglected abused or discarded, a spokesperson put it forward most poignantly.

“I think the rise in animal cruelty is not really a rise but rather social media interaction with activist bringing the plight of farmed animals to a higher lever of awareness.”

The only thing that can save hapless creatures, feel all three are a rise in awareness to the plight of animals that will help create a more compassionate and kinder future for all beings on the planet.