Research discovers issuing sorry can make rejected person feel like they need to offer forgiveness, even if their feelings do not match up. 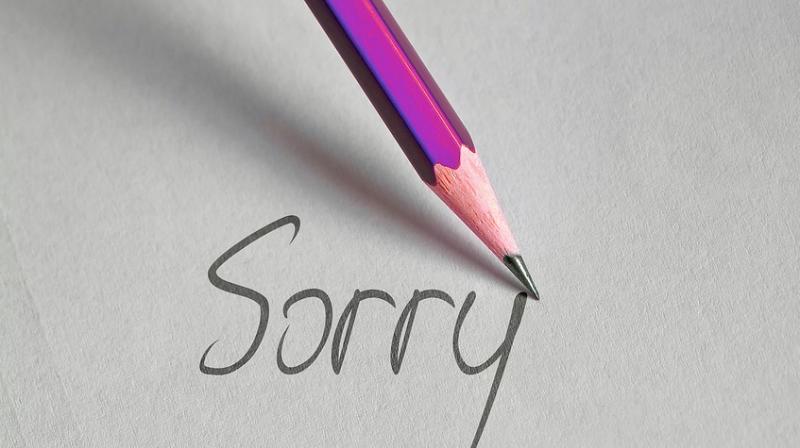 While an apology may have good intentions, the researchers believe it can also be a selfish act. (Photo: Pixabay)

A recent study finds that apologising can make rejection feel worse, even though it makes the person who is saying it, feel better.

The research, conducted by the Dartmouth College discovered that issuing a sorry can make the rejected person feel like they need to offer forgiveness, even if their feelings do not match up. This may lead to the wounded person wanting to take revenge.

The study examined over 100 participants who were given different social scenarios to turn down, such as a date, a roommate who wanted to continue living with the participant as a lease was set to expire and lunch plans with a work colleague. They found that 39 percent of participants were found to have issued an apology in their rejections, which were found to increase hurt feelings.

According to the study, apologies for lunch and roommate scenarios, in particular, made volunteers feel worse.

Their feelings were only marginally hurt in the party scenario, and not at all in the date rejection.

The experiment further went on to see whether people would seek revenge after a rejection and found that those who received an apology were more likely to take revenge and give the group more hot sauce, even if they knew that their peer hated the condiment.

The study found that people were more likely to feel as if the rejected party should express forgiveness if an apology was given.

While an apology may have good intentions, the researchers believe it can also be a selfish act.

The study's findings were published last month in the journal Frontiers in Psychology.