Artistes dressed up as Gods arrive at Ram Katha Park in helicopter, replicating victorious journey of trio as detailed in the Ramayana. 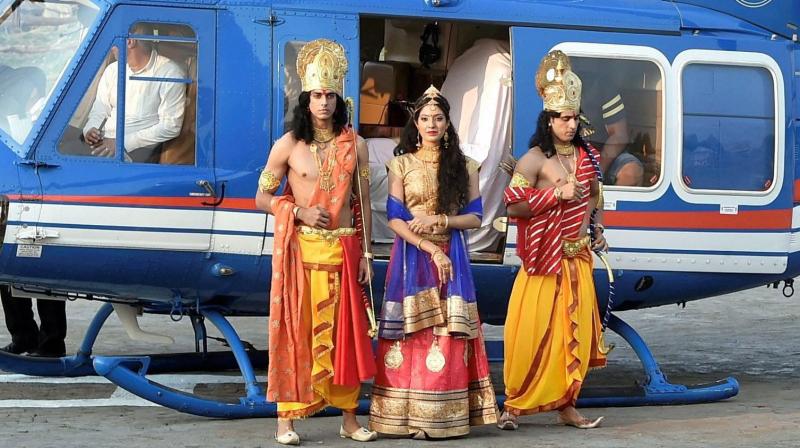 Artistes dressed up as Lord Rama, Sita and Lakshman arrive by a chopper for Deepotsav celebrations in Ayodhya on Wednesday (Photo: PTI)

Ayodhya: Diwali was well defined in Ayodhya, where over 1.75 lakh diyas (earthern lamps) lit the city as the ‘gods’ descended from above on Wednesday afternoon as part of a grand celebrations of festival of lights led by Uttar Pradesh chief minister Yogi Adityanath.

Actors dressed up as Ram, Sita and Lakshman in Ayodhya (Photo: ANI)

Noticeably, artistes who were dressed up as Maryada Purushottam Ram, Lakshman and wife Sita touched down at the Ram Katha Park in a helicopter, replicating the victorious journey of the trio by the Pushpak Vimana, a mythical flying chariot, as detailed in the Ramayana.

In a show of piety, the ‘celestial’ beings were received by the UP chief minister, his Tourism minister Rita Bahuguna Joshi and Governor Ram Naik. Yogi Adityanath and the Governor took turns to shower the actors playing Ram, Sita and Lakshman with flowers and marigold garlands, recreating the mythical homecoming of Lord Ram. 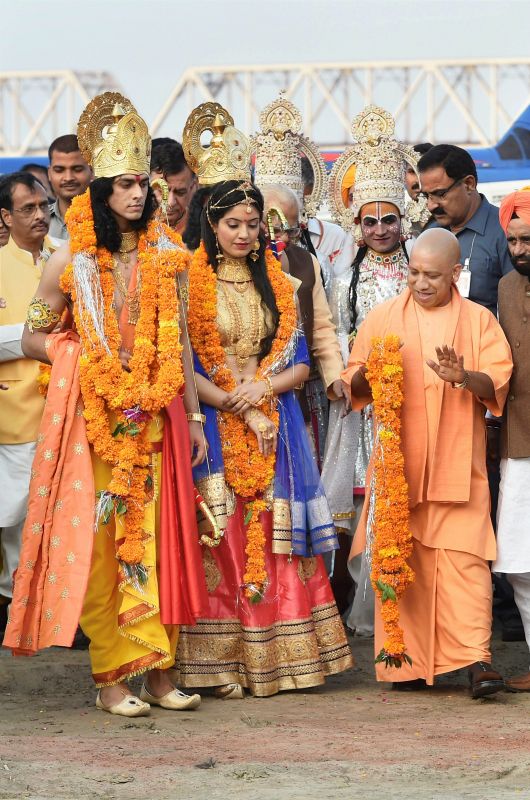 However, not all were happy with the show:

Bizarre to see @myogiadityanath garlanding and bowing before actors playing Ram & Sita (who flew in on a chopper) in Ayodhya just now.

Again a wastage of money and resources, to bring Sita & Ram from chopper, @myogiadityanath Should think better.

But there were others who felt that it perfectly imbibed the flavour of the festivities.

Finally, Pushpak Viman in scene and Shri Ram, Bhayya Lakshman, and Sita Mayya are back in Ayodhya.#DiwaliInAyodhya pic.twitter.com/PiXub3BWWE

It's incredible to watch live the welcoming of Lord Ram , Lakshman and Sita maa in ayodhya... pic.twitter.com/XYNcWwsTHn

Interestingly, the state tourism department in association with the Avadh University and the district administration are aiming to set a new world record by lighting more than 171,000 earthen oil lamps on the stairs of the Sarayu ghats at Ram ki Paidi on the Diwali eve. 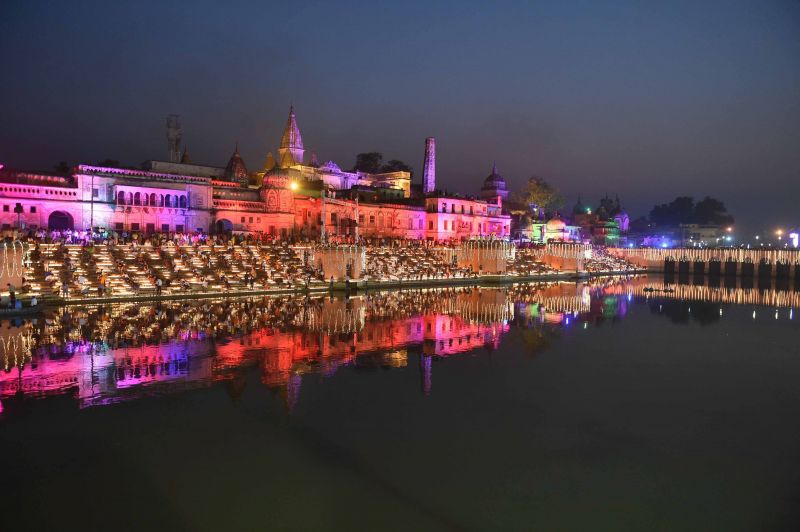