Two words to break the silence

The Harvey Weinstein sexual abuse case has empowered thousands of women to openly talk about their own stories of suffering. 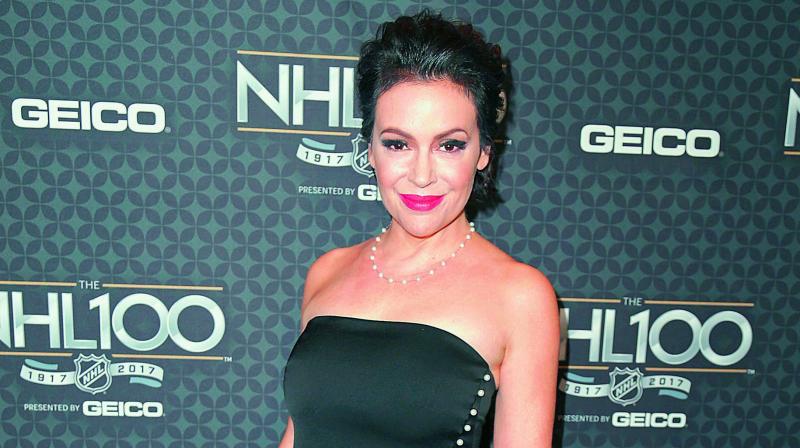 “Me too!” Overnight, these two simple words have become so powerful that they can probably move a mountain. They took the Internet by storm ever since actress Alyssa Milano tweeted a note that read: “Suggested by a friend: If all the women who have been sexually harassed or assaulted wrote “Me too” as a status, we might give people a sense of the magnitude of the problem (sic).” Joining the revolution, many youngsters from the country have also put this up as a status.

Some are even recalling who assaulted them and the time it happened. While the campaign has brought the serious issue to the fore, how much do such campaigns make a difference in the long run?

Vasuki Sunkavalli, lawyer and former beauty queen, who has joined the bandwagon herself, says, “There may not be a direct link to it stopping such things from happening but it definitely creates a noise. It initiates a discussion and spreads awareness, something that’s the need of the hour. People are always stronger in a group and such a campaign is giving them courage to speak up. I, or many more like me, wouldn’t have spoken up 10 years ago about how we were harassed because we didn’t have other people doing it. Now, with something like this, the scenario has changed. I cannot speak for the men who have twisted minds about how it will prevent them from doing something nasty, but it is definitely making women bolder.”

Tejuswini Chowdhuri, politician Renuka Chowdhury’s daughter, agrees with Vasuki. “I think it is amazing that people are speaking up. A sisterhood is being formed and it is very empowering. It’s wonderful that women are able to place blame outside of themselves. Earlier women didn’t speak out of the fear of being looked down upon. Unfortunately, a lot of this happens within households, where people must be brought up the right way. We’ve been programmed to think of women as objects and not multi-dimensional beings, and it will all begin to change only with open discussions after we admit what the current state is, which is what this campaign is doing,” she opines.

However, Gautami Challagulla, filmmaker begs to differ. “I have also put up such a status, mentioning each episode I was assaulted. While the campaign starts a discussion, it is not enough. In the long run, just talking will not help. It needs to be combined with offline efforts. I think it is time that the assaulters take up responsibility and say that ‘they too have done it’. If not publicly, they must apologise in person. Most of the people who did it to me, were very close to me and are on my friends’ list. By putting this up, they will at least know that it’s them I’m talking about,” she says.

Actress Tanishtha Chatterjee, too, is of the same opinion. “It shocks me that it took people so long to come out and talk about the Harvey Weinstien case, of which this campaign is a product. The campaign is great, but what’s really necessary now is to actually name the person and shame them! It happens in the industry all the time, but nobody talks about it for fear of their jobs! But now, it is the first time in Hollywood that strong action has been taken against someone this powerful, and I think it’s a start.”

Actress Archana, who has touched upon gender equality in her recent short film, says, “I think it does make a difference. Girls are getting stronger because of this and people who may have such nasty thoughts are forced to raise their guards. Now they know that people are watching and these discussions will instill fear in them.”

Psychologist Latha Janaki, who deals with such cases on a daily basis, feels seriously about the mental state of the victim. “Many abused people feel free to talk to us (doctors) than their own family. At least they are coming out to talk, but some feel suffocated within, which is very bad. That is why, we’re here. We need to make sure to organise regular workshops about this for girls and boys from a very young age. #MeToo is a good thing that both genders are discussing freely. We are definitely moving towards a better phase on an empowering path!” she concludes.

— With inputs from Priyanka Shankar
(Turn to Page 23: Actresses speak about casting couch)