Friends of the advertising doyen and renowned thespian remember him and his legacy of work. 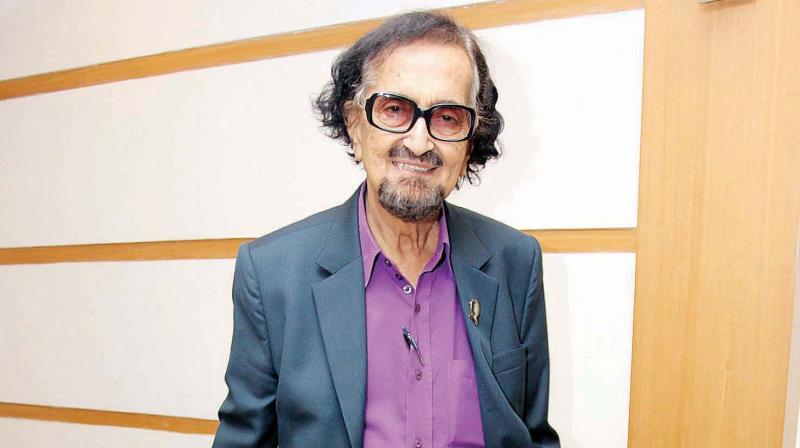 There are many who will tell you to live life to the fullest, but there are only a few who can show you how to do it; Alyque Padamsee was one such man. The multitasker donned many hats, one more creative than the next, and each of his avatars, whether that of an ad man, a thespian or a humanitarian, contributed much to society. His passing away at the age of 90 comes as a blow to many, especially to those who knew him and worked closely with him. But even if you hadn’t had that opportunity, his colossal body of creative work acted as the perfect conduit for his out-of-the-box ideas and thirst for life.  “He’s the original legend of advertising. In college, we grew up hearing about this advertising icon. I mean, Alyque and Surf’s Lalitaji are synonymous,” shares Central Board of Film Certification (CBFC) Chairman Prasoon Joshi, who is also known for his own brilliant ad campaigns. “Even till about a year and a half back, he was as vibrant and energetic as he was when I met him 20 years ago. He epitomized the never-say-die attitude. A true ‘zinda dil’ I would say,” he adds. The ad man also recollects how Alyque continued to consult and connect with his contemporaries, even after he had retired from his regular job in the ad world.

And the ad world was a sphere that Alyque shaped, nurtured and transformed. He was the man behind the formidable advertising agency Lintas India and the mind behind iconic creations like the Liril girl, the MRF muscle man, the Kamasutra couple and several other memorable ads that are still vivid in our memories. Because of his pioneering contribution, he came to be regarded as the ‘Father of modern Indian advertising’. R. Balki, Former Group Chairman of Lowe Lintas and the director of films such as Paa and PadMan, shares a fond memory. “I met him when I took over as Chairman of Lintas and he told me ‘It’s time to change things Balki, everything has to change’,” he says, putting forth a startlingly accurate impression of Alyque. “Later, he would call me and congratulate me for a job well done. He was a legend and so, even though he is no more, his work will always be with us,” he adds.

However, Alyque is not remembered only for his own work, but also for his role as a supportive mentor who encouraged and appreciated the works of his contemporaries. “As a fresher in the industry, I admired the kind of work he did. When my work started coming out, he appreciated it and then we got to know each other and got to spend some time together. He always had compliments to share, despite the fact that I was a decade younger than him. He always met me as a friend,” says a nostalgic Executive Chairman and Creative Director of Ogilvy South Asia, Piyush Pandey.

But fellow ‘Mad Man’ Prahlad Kakkar says there was much more to the man than his advertising work. “His ad campaigns are there for all to see, and are legendary, but other than that, he was a man of great principle. He stood up for what was right, regardless of the fact that he might be vulnerable. He was a great humanitarian,” reveals Prahlad, adding that Alyque was also a visionary who had a knack for spotting talent. “He had a tremendous insight for talent.

He used to pick talent out of nowhere; not only creative talent but organisational talent as well. He managed to pick some of the best managers and the most creative people in the country,” shares Prahlad.

Along with being an intuitive ad man, Alyque was also an avid thespian. He birthed over 70 productions, including most Catholic aunties’ favourite rock operas, Jesus Christ Superstar and Evita. He was also a talented actor and earned plaudits for his role as Jinnah in Richard Attenborough’s Gandhi. Fellow thespian Ila Arun has only kind words and fond memories to share about him. “This is genuinely a loss for theatre because his contribution to English theatre is immense. He was the pillar of English theatre.” The actor also touches upon Padamsee’s zest for life by saying. “I never found him old. He used to host this annual Christmas party, which was known for beer and biryani and was open to everyone from the theatre fraternity. Whenever we would meet, he would come up with some joke, or a one-liner about life, or women or theatre. He had a different energy and people will miss him,” she concludes.

With inputs from Priyanka Chandani