Drive down the memory lane

From 1963 FIAT 60D, 1938 Morris 8 to 1947 Pontiac, these vintage beauties are instantly recognisable because of their iconic looks. 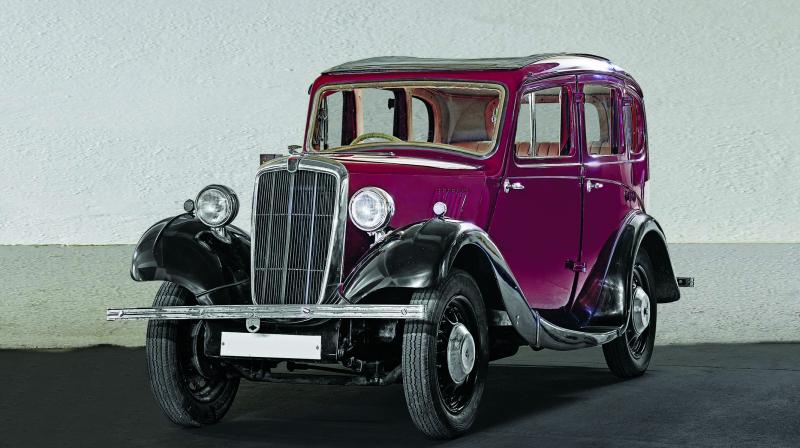 The Morris 8, with its four-door saloon and sunroof and the iconic chrome-plated radiator, has a Victorian-era vibe, whereas the Pontiac has an early racecar look to it.

The time between the 1930s to the 1970s was the best time for cars built by American, Italian and German car manufacturers. Decades later today, these engineering wonders, all restored to its original glory, are set to be sold to the highest bidder at AstraGuru’s upcoming online auction.

From 1963 FIAT 60D, 1938 Morris 8 to 1947 Pontiac, these vintage beauties are instantly recognisable because of their iconic looks. The Morris 8, with its four-door saloon and sunroof and the iconic chrome-plated radiator, has a Victorian-era vibe, whereas the Pontiac has an early racecar look to it. Talking about the time period these cars come from, Hormusji Cama, advisor for cars at AstaGuru says, “The cars are a varied lot from vintage to modern classics like some pre-World War II ones to the Rolls Royce of the seventies, respectively.”

Out of the nine cars on auction, we see quite a few American car companies, namely Cadillac, Ford and Pontiac. Although the auction features a lot of English companies such as Fiat and Rolls Royce among others, Cama feels that American vintage cars are more popular among Indians. He explains, “American cars in India are more popular due to their relative ease of maintenance as compared to European cars which require a greater level of understanding and knowledge to keep them going.”

Vintage cars, although highly sought after, are decades-old machines that need some work to regain the quality they were manufactured in. And hence, for this auction, Cama had these cars undergo a strict examination. “The cars have been checked and the owners were asked to rectify the shortcomings. The cars, by and large, can be considered in a fair, usable condition,” assures Cama. Some of the vehicles are Left Hand Drive, although the newer model in this form is not imported in India, vintage and classic cars are allowed to ply.

The most notable one in the catalogue is an award-winning 1947 Cadillac. Part of the prestigious Series 62, these were immensely popular post-World War II. Listed at a base bid of `72,00,000, this is one of the only seven existing cars of the same model in the country. Being manufactured by a company that produced engines for tanks during the war, Cadillac had an edge over other car manufacturers. Handled with love and care, this 72-year-old car had won the Best Restored Post War car by the Mumbai Prestigious Club.

Unlike jewellery or art, cars that people have grown up with tend to hold memories, and that can play a part in the auction. Cama says, “A buyer may bid for a not-so-desirable model just because a similar car may hold memories for him. Speaking of myself, I think the Fiat is a very cute car; the Cadillac is a grand one. The Rolls Royce, though sought after for brand value, in this case, is not very appealing to me. Hence, it is very subjective and depends entirely on what the bidder had in mind.”