The image was used on their Christmas card this year. 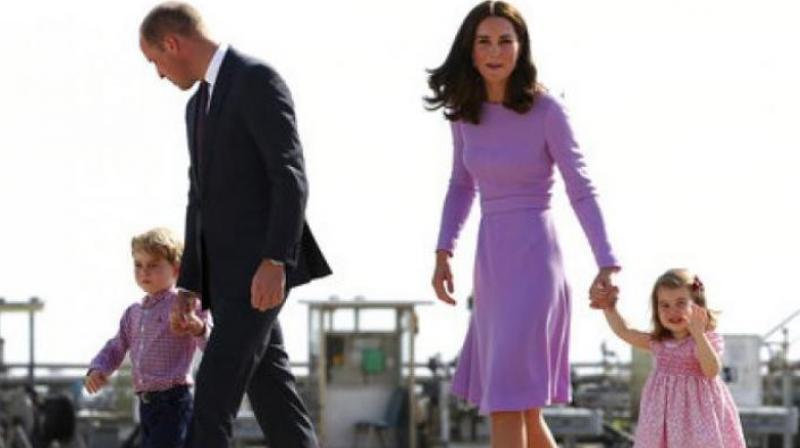 In this Friday, July 21, 2017 file photo Britain's Prince William, second left, and his wife Kate, the Duchess of Cambridge, second right, and their children, Prince George, left, and Princess Charlotte, right are on their way to board a plane in Hamburg, Germany. (Photo: AP)

LONDON: Prince William and wife Kate on Monday released a holiday photograph of their family, including Charlotte and her older brother, Prince George.

The image was used on their Christmas card this year.

The Duke and Duchess of Cambridge are pleased to share a new photograph of their family. The image features on Their Royal Highnesses' Christmas card this year. The photograph was taken earlier this year by @ChrisJack_Getty at Kensington Palace. pic.twitter.com/p8jm6zDfl0

The daughter of Prince William and his wife Kate turns 3 in May. She is fourth in line to the British throne, after grandfather Prince Charles, father William and older brother Prince George.

School officials say they are "delighted" with the decision and look forward to welcoming Charlotte to the nursery.