‘Will be back at work quickly’

Glad things went as planned for us says Parupalli Kashyap who says the two will focus on their game ahead. 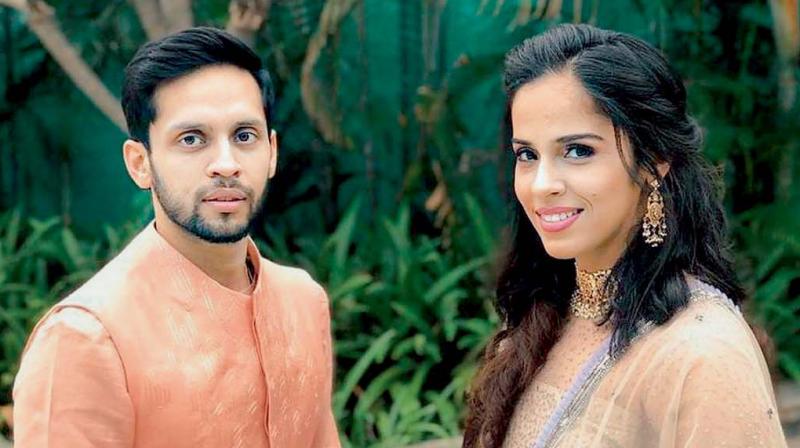 A day after marrying his long-time girlfriend and badminton player Saina Nehwal, Parupalli Kashyap, is all smiles.

A day after marrying his long-time girlfriend and badminton player Saina Nehwal, Parupalli Kashyap, is all smiles. Ever since he entered the wedlock on Friday, congratulatory messages have been pouring in for the couple from all quarters.  “Yeah, I’m feeling happy that we came together,” he replies, adding,“because we have a hectic badminton schedules ahead of us, so it’s important that we set things right at this point of time so that we have enough time to prepare and focus on the tournaments. I am also glad that things went as planned.” Ask him who’s idea it was to keep the marriage a low-key affair, and he replies, “It was mutually agreed decision to keep silent about our plans. We also mutually agreed to keep the marriage a simple affair,” he smiles, adding, “We have exchanged a lot of gifts.”

Kashyap says that marriage won’t  change his personality. “I don’t think I’m going to tone down or change who I am just because now I’m married. I’m just going to allow things to happen naturally,” Kashyap asserts.

Prod the 2014 Commonwealth games gold medallist whether the couple would take some time off post their wedding, and he says that he doesn’t want to take a break and instead come back to work quickly. “There’s no time for a break,” he says, adding, “I had to deal with several injuries earlier, so I guess I have had enough breaks. I have been practicing hard to overcome them and comeback strongly. I am determined to up my rankings.”

The Arjuna awardee further states that he’s excited to train with Saina at the academy post-marriage. “Yeah, since we stay together in Hyderabad, we shall train together and I am really excited about that,” he reveals.