Images of new Rs 500 notes fading in one wash surface

The images got witty responses on Twitter and many also claimed that they faced similar issues. 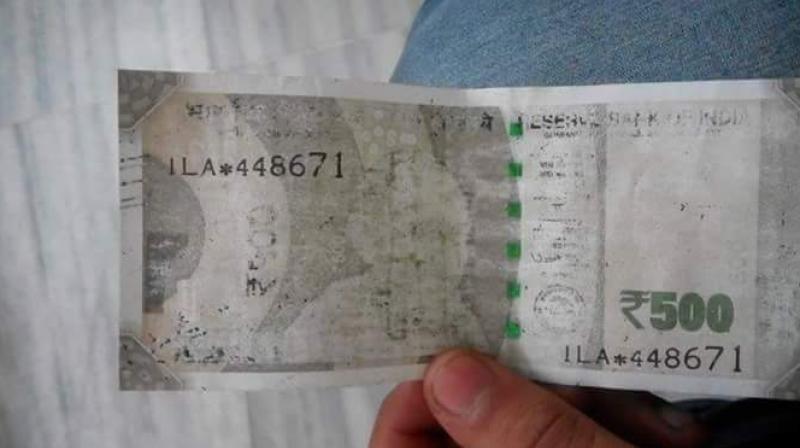 It isn't clear how authentic these claims are (Photo: Twitter)

Post demonetisation and the months spent waiting in lines outside banks and often empty ATMs, the new Rs 2000 and Rs 500 currency notes seem to be giving a hard to time to people, be it the difficulty to find change or defects like misprint and image of Mahatma Gandhi missing from them.

After computer chips in notes and Rs 2000 notes losing colour, another post doing the rounds on Twitter is that of a user claiming that the ink on new Rs 500 notes fades away in just one was. While old notes did survive after accidentally being left in pockets and ending up in washing machines, the new ones seem to be losing out on quality.

Check your pockets before giving your clothes for a wash.
The new notes won't survive a round in the washing machine. pic.twitter.com/h7DaLX5ge2

The claims got a lot of witty responses on Twitter and some even claimed to have faced similar issues.

@ravihanda @calamur it's a feature. It prevents money laundry-ing. *sorry*.

@ravihanda @subbureddyy What he has now is a 'clean chit' 😜

While there have been several such claims on social media, it’s still not clear if this is authentic or another rumour. A woman had earlier claimed that the note she got from an ATM was crumbling.