Billionaire in a burger queue

Standing in a queue? Something we can all relate to! 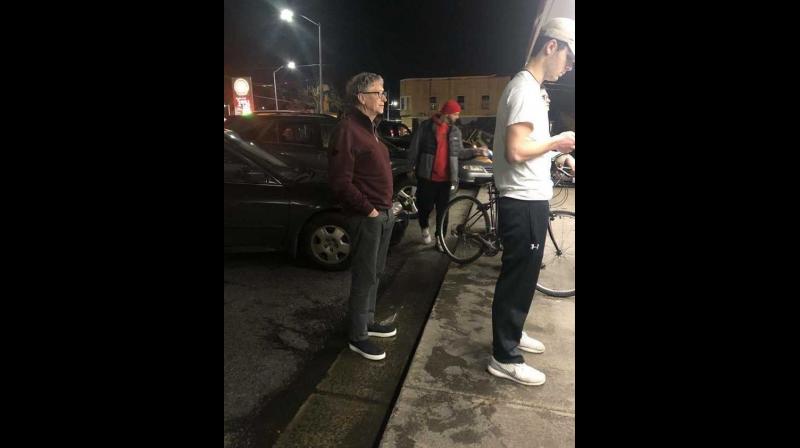 Microsoft founder Bill Gates, standing in a queue to get some burgers and fries. (Photo: Facebook)

Another instance of a celebrity garnering a lot of attention and even praise for just doing something as mundane as standing in a queue of a junk food outlet. Bill Gates, the second richest person on earth, was clicked on Friday night standing in a queue to get some burgers and fries.

Sharing the picture on Facebook, Mike Galos, a former Microsoft employee, wrote: “When you’re worth about $100,000,000,000, run the largest charity in the history of the world and stand in line for a burger, fries and Coke at Dick’s like the rest of us.” He informed that the picture was taken in Seattle and was initially posted in a Microsoft alumni group, which was then reposted by him.

The post instantly clicked with many and became viral across social media platforms. Many commented on the humility quotient represented in this photograph.

Bill Gates, who is considered to be one of the true visionaries of our times, is also known for the wide range of altruistic endeavours. He has donated a considerable portion of his wealth to charities across the globe.