Two Delhi boys — Suhail Nayyar and Shraey Khanna — are making a mark for themselves in tinsel town. 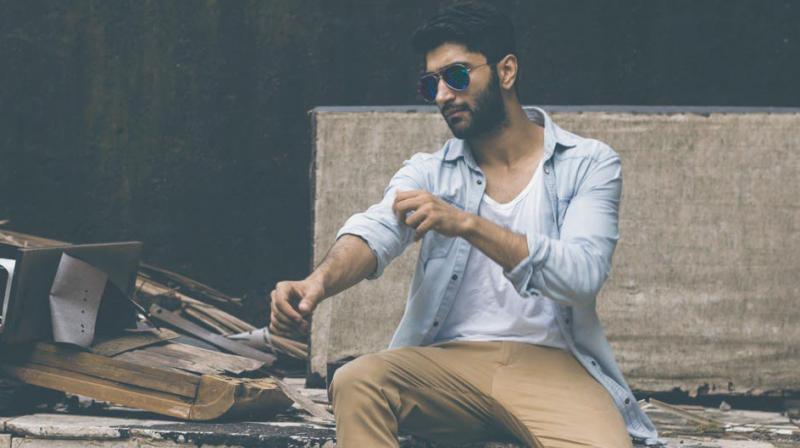 Revisiting Mumbai terror attacks
Suhail Nayyar whose performance as Jassi was appreciated by the critics and audience in Udta Punjab, just finished shooting for his debut international project, Hotel Mumbai, a film based on the 26/11 Mumbai terrorist attacks, directed by Anthony Maras. He will be seen sharing screen space with Oscar nominee Dev Patel.

Hotel Mumbai tells the story of the victims and survivors of the devastating terror attacks on Mumbai in 2008. The film also features Armie Hammer, Nazanin Boniadi, Jason Isaacs and Tilda Cobham-Hervey. “People have started recognising me in the film industry and also on the streets. Quite a few offers have come my way, but I am waiting for a lead role. If I play a sidekick again it has to be better than or different from what I did in Udta Punjab. When I was told that I had been finalised for Hotel Mumbai, which I auditioned for before Udta’s release, I pinched myself a couple of times to be sure that it was true,” Suhail says.

Though he can’t divulge much about the role, he says that he plays a pivotal character in the Hollywood flick and his role is meatier than his Udta Punjab and Commando 2 roles. “I have a scene with almost every actor in the film. We shot in Australia for 40 days and then extensively in Mumbai. It is Anthony’s first feature film and it never seemed like he too was making a debut of sorts. He had such clarity. Surprisingly, no one shouts on a Hollywood set. Indian sets have a huge crew. 10-12 toh sirf spot boys hote hain. But in Hollywood, there are few people on the sets and it gives an actor a certain amount of free space to work on their craft,” he says and adds, “Armie Hammer’s wife’s ancestors have some kind of Indian connect and so, Armie was deeply interested in the life of Mahatma Gandhi and Indian freedom struggle and so, I gifted him a biography of Mahatma on his birthday.”

About his experience of working with Dev Patel, he says, “Dev is an amazing and humble person. He encourages you a lot and knows how to party. Though he doesn’t watch a lot of Indian films, he is very inquisitive about India and Bollywood. He is familiar with names and faces of Indian actors but he doesn’t know much about their work or stature in Bollywood. It was an overwhelming feeling for me to work with someone whose films have won Academy Awards.”

Though Suhail believes his future lies in Bollywood, he is keen to do world cinema as his “face can easily resemble Iranian or Mexican characters as well.”

A non-alcoholic party anthem
After being mocked for being a vegetarian, non-smoker and teetotaller, Shraey Khanna came up with the single titled Haath Mein Daaru Mein, which is being touted as the first party anthem that promotes non-alcoholism. 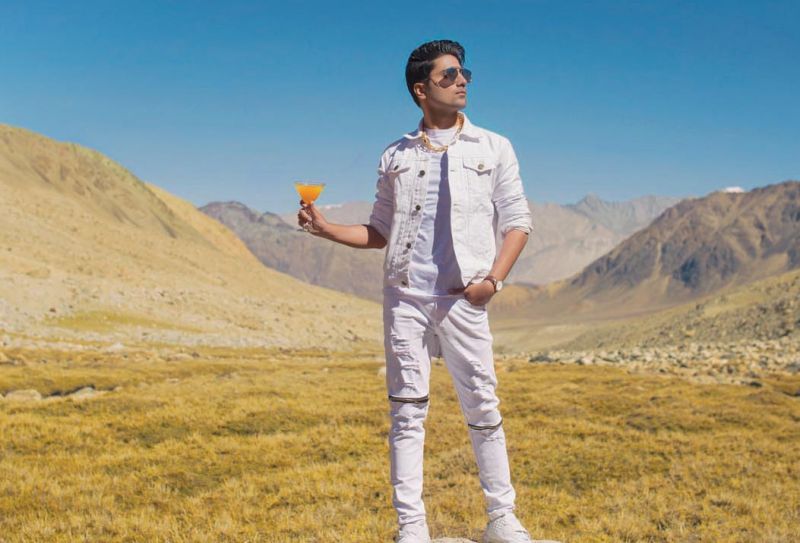 Shraey — the face of the dance group MJ5 that won the title of India’s Dancing Superstar in 2013 and worked as a choreographer in films like ABCD 2 — after establishing himself as a dancer, began pursuing music two years back. “I am a self-trained singer. I used to be so busy with my shows that I hardly had time to go to a guru and learn. So, I began listening to songs several times a day and try and get the scale, metre and rhythm right. Then I left Mumbai and came back to Delhi to learn more. My first single was in 2015 and this time for my second song, I have also given music,” says Shraey.

His latest single talks about saying no to alcohol and drugs. “I’ve often been laughed at for being a teetotaller. I always felt strange that people consider drinking and doping as the definition of life. I was told that I can’t make it big in the industry if I don’t drink as it was the only way to socialise but I failed to understand how drinking could make me a better dancer or singer. I observed that many people were drinking and smoking just to feel accepted. Thanks to peer pressure, being ‘high’ is considered cool. My song is not about asking people to quit all this. I am just asking them to be true to themselves,” he says. The song has already reached more than 55 lakh views. He has been getting calls from fans who are comparing the positivity of the song with those sung by Coldplay. “People have shared many personal stories with me after hearing the song about how addiction ruined their lives. Music lovers are happy that now there is one party number which doesn’t talk about things that are offensive to girls and doesn’t hail drugs.”

He has also written the lyrics of the song, which he says has been inspired by real life incidents. He shares, “I recently got to know about a school student in my neighborhood who was in rehab for a year to get over drug addiction. I thought of making this song to convey that all this is not cool.”

Shraey has earlier choreographed songs for Yo Yo Honey Singh and he admits hat the rapper’s struggle to fame journey inspired him a lot. However, Honey’s lyrics are a far cry from his songs. On this, Shraey says, “I didn’t want to copy him,” keeping it politically correct.