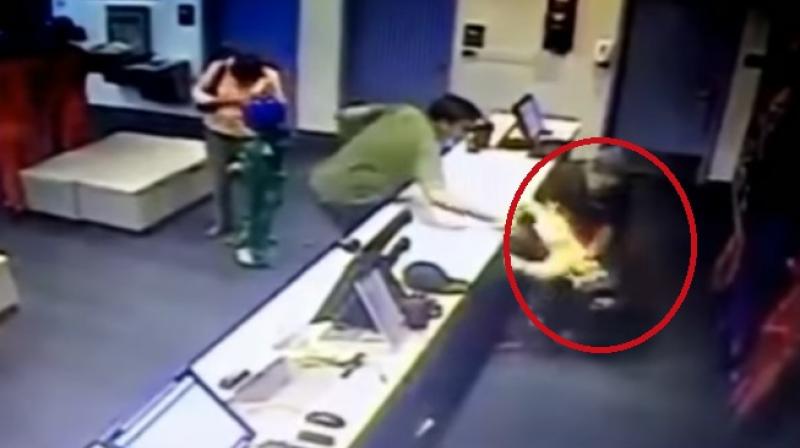 Saved the child in the nick of time (Photo: YouTube)

Daredevils performing spine chilling stunts and taking to extreme sports isn't new, and skydiving is considered to be demanding in terms of courage, confidence and sharp reflexes. While many like to show off their skills and post videos, some use their traits where it matters.

A video has gone in the viral showing a child fall off a counter at a store, as a skydiver named Jesse ‘Tex’ Leos can be seen using his sharp reflexes to catch the child as it was falling and hand him over to his parents.

The act was recorded in CCTV footage from the store and was shared online. It has been garnering for the skydiver on social media.