India looks to address the fine lines around #MeToo in dance

Individuals may need someone to go to for advice as well as steps to deal with problems. 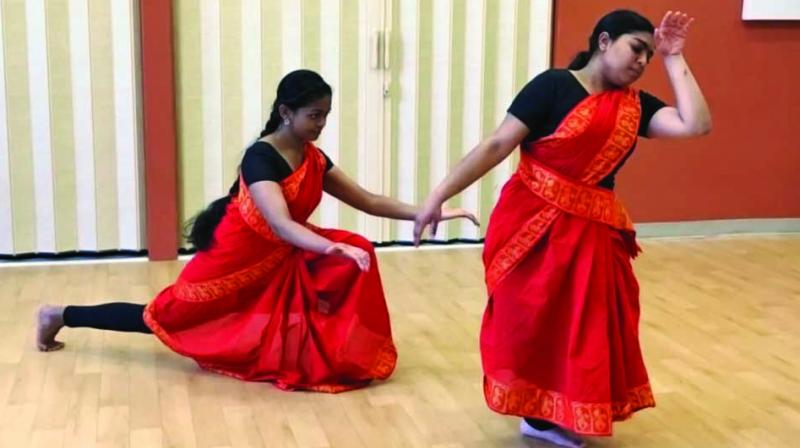 The blanket of silence is starting to lift in the dance world. When the explosive revelations regarding powerful and high-profile individuals in the US were not only revealed but believed, our collective conscious shifted.

Disquieting past memories resurfaced for many, perhaps for most women in dance as well as a significant number of men. From sharing personal stories with those near and dear, the conversations have expanded to creating a dialogue within the performing arts community to initiate new steps to protect against sexual harassment. Seeds of courage began to sprout with an awareness of if not now, when? It’s absolutely remarkable that the conservative sabhas of Chennai have united to ban performing artists who have been credibly called out.

In Delhi, a meeting of dance and theatre practitioners, academics, lawyers, NGOs and human rights activists was met courtesy the Max Meuller Bhavan Library, New Delhi, and spearheaded by Mandeep Raikhy and Manishikha Baul. Their goal is Working Toward a Safe Performing Arts Sector.

Rather than calling out individuals who misuse power equations, the focus was on articulating “best practices” for working environments in the performing arts. Clearly, organisations, institutions, studios, and even individual performance collectives. This initial brainstorming session covered a lot of ground to look at sexual harassment and consent starting with (i) What is the definition? (ii) To whom does it apply? and (iii) What then is the redressal mechanism? Also, the differing environments: within organisations that might require an internal complaints committee or an umbrella committee addressing issues across organisations and collaborative projects.

Individuals may need someone to go to for advice as well as steps to deal with problems. There are situations that can be resolved by creating clarity about the manner of training and instruction and how consent is sought within these frameworks. A good example of this was a complaint from a participant who was uncomfortable in a trust exercise led from an established movement director. Though the director had used this exercise for 30 years, young participants may come from gender restricted backgrounds and it cannot be assumed that everyone is gender sensitised to the same level.

This opens up questions about the manner of training and instruction and how consent is sought in these intimate frameworks. Concerns are nuanced. A female teacher shared that she had never asked for consent when working hands-on to fix bodies in an all boys class because no one had ever asked her. An alternate concern was a male acrobatics teacher realising that he only demonstrated the intricate spinal work crucial to body awareness with boys which denied the female students the same scope in physical work that involves touch and trust. A thoughtful pedagogical shift in dance training is necessary to clarify what is okay and not okay.

To speak up is extremely difficult if an individual fears a negative aftermath or an ineffective response. I recently heard a brilliant way of handling this from the experience of one of my senior disciples when she began her Odissi learning some decades ago at Protima Bedi’s Nrityagram. A visiting Chhau instructor was touching her, a foreigner, inappropriately in ways he did not physically correct with the Indian girls. She walked out and ran into Protima who got the reason for leaving class out of the reluctant victim, immediately called a meeting with all students and she then confronted the teacher with the accusation corroborated by another foreign student. She declared that anyone who decided not to attend the Chhau classes was exempt and the classroom was empty for the rest of his time there.

This is quite identical to the Brazilian model of “restorative circles” shared by one of the first meeting’s participants to deal with such matters. The attitude of “let’s all look at this together” she experienced as one of the most healing processes she had experienced. I believe Protima’s no nonsense response may have saved many future others from abuse presuming the teacher understood that his shameless behaviour was not going to be tolerated. Hats off to Protima for this!

I find it striking that this group’s response to #MeToo in dance primarily is looking at working, teaching, performing group interactions rather than abuse of patronage within government and private sectors. It’s easier for a young dancer never to visit ICCR again after a program officer grasps her wrist when she offers an invitation to her performance than to file a complaint to a nonexistent or dysfunctional internal complaints committee. Of course, such behaviour can salt any institution where hierarchical and misogynistic values are unchecked.

Within the classical dance scenario the conversation begins with the fine line between trust and abuse owing to the normalisation of behaviour that is unchallenged. The guru-shishya relationship is predicated on respect for the authority of the teacher. When a student’s trust is returned not with compassionate guidance but with emotional or physical abuse is there any other recourse besides abandoning training or accepting abuse? Is it possible to mitigate unexamined destructive pedagogical practices? Can classical performing arts gurus change with guidelines that make them aware of best practices and enjoin change without feeling their power threatened?

The performance artists group who have been meeting are currently moving forward with several strands. While an internal complaints committee (ICC) is not a panacea for all issues, it is a first step they recommend for each organisation, collective, institution and space/venue. Whether it will be useful to have such a committee outside individual organisations as a supportive, neutral space deserves consideration.

A major strand is to evolve guidelines and a code of conduct embedded as an expectation that must be signed on from artists and organisations and posted. This may include signing an understanding of consent and sexual harassment and possibly other abuses.

Initially, this can hopefully lead to more specific clarity in boundaries and actions to take while guiding people to involve/recommend/collaborate with those organisations listed on social media as having signed and avoid those that have not. Ideally, government organisations would adopt/adapt the same or similar to be signed by all who apply for grants or recognition.

Of course, formulating a document articulating best practices and codes of conduct is a challenge that requires inputs from the performing arts community alongside drawing on the Vishakha guidelines.

Online strands might include a database of counselling and pro-bono services and safe spaces for survivors of sexual violence and harassment. A listening circle along the lines of the Indian art world’s Instagram Scene and also Herd is another online option to consider.

Growing awareness of the possibilities and methodologies to reduce negative attitudes and behaviour may begin among the educated urban performing artists but is definitely needed throughout the country. One Odissi dancer recalled the oppressive atmosphere she experienced in Bhubaneswar where young men in dance have the power to speak in derogatory terms about any female in conversations about everything except dance. I doubt this abusive mindset is limited to one location in the country.

Along with everyone in the performing arts who would like the practice of our arts to reflect the best positive values, I look forward to seeing the further progress of these and other caring performing artists. Under the Sexual Harassment of Women at Workplace (Prevention, Prohibition and Redressal) Act, 2013, any organisation with more than 10 employees is required to establish an internal complaints committee to hear complaints of sexual harassment. We look forward to the speedy implementation of this mandate by governmental cultural bodies, not only internally, but from all organisations who apply for funding.

Sharon Lowen is a respected exponent of Odissi, Manipuri and Mayurbhanj and Seraikella Chau whose four-decade career in India was preceded by 17 years of modern dance and ballet in the US and an MA in Dance from the University of Michigan. She can be  contacted at sharonlowen.workshop@gmail.com