What is hell? Here's what an expert says

Belief in an afterlife, where virtuous are rewarded with place in heaven and wicked punished in hell, is core teaching of Christianity. 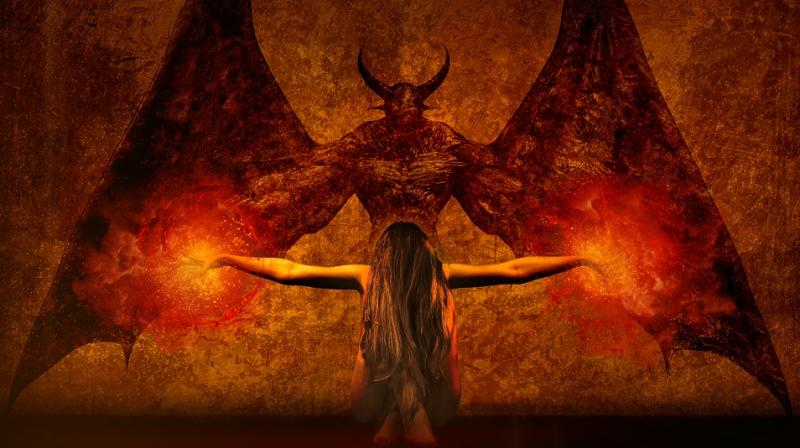 The Christian belief in hell has developed over the centuries, influenced by both Jewish and Greek ideas of the afterlife. (Photo: Pixabay)

The recent dispute over whether Pope Francis denied the existence of hell in an interview attracted wide attention. This isn’t surprising, since the belief in an afterlife, where the virtuous are rewarded with a place in heaven and the wicked are punished in hell, is a core teaching of Christianity.

So what is the Christian idea of hell?

Origins of belief in hell

The Christian belief in hell has developed over the centuries, influenced by both Jewish and Greek ideas of the afterlife.

The earliest parts of the Hebrew Bible, around the eighth century B.C., described the afterlife as Sheol, a shadowy, silent pit where the souls of all the dead lingered in a minimal state of silent existence, forever outside of the presence of God. By the sixth century B.C., Sheol was increasingly viewed as a temporary place, where all the departed awaited a bodily resurrection. The righteous would then dwell in the presence of God, and the wicked would suffer in the fiery torment that came to be called “Gehenna,” described as a cursed place of fire and smoke.

Early depictions of the afterlife in ancient Greece, an underworld realm called “Hades,” are similar. There, the listless spirits of the dead lingered in an underground twilight existence, ruled by the god of the dead. Evildoers suffered gloomy imprisonment on an even deeper level called “Tartarus.”

Beginning in the fourth century B.C., after the Greek King Alexander the Great conquered Judea, elements of Greek culture began to influence Jewish religious thought. By time of the first gospels, between 65 and 85 A.D., Jesus refers to the Jewish belief in the eternal fire of Gehenna. Elsewhere, he mentions evildoers’ banishment from the kingdom of God, and the “blazing furnace” where the wicked would suffer sorrow and despair and “where there will be weeping and gnashing of teeth.” Jesus also mentions the Greek Hades when describing how the forces of evil – “the gates of Hades” – would not prevail against the church.

In early Christianity, the fate of those in hell was described in different ways. Some theologians taught that eventually all evil human beings and even Satan himself would be restored to unity with God. Other teachers held that hell was an “intermediate state,” where some souls would be purified and others annihilated.

The image that dominated in antiquity eventually prevailed. Hell was where the souls of the damned suffered torturous and unending punishment. Even after the resurrection of the dead at the end of the world, the wicked would be sent back to Hell for eternity.

By the beginning of the fifth century, this doctrine was taught throughout western Christianity. It was reaffirmed officially by popes and councils throughout the Middle Ages.

Medieval theologians continued to stress that the worst of all these torments would be eternal separation from God, the “poena damni.” Medieval visions of the afterlife provided more explicit details: pits full of dark flames, terrible cries, gagging stench, and rivers of boiling water filled with serpents.

Perhaps the most fulsome description of hell was offered by the Italian poet Dante at the beginning of the 14th century in the first section of his “Divine Comedy.” Here the souls of the damned are punished with tortures matching their sins. Gluttons lie in freezing pools of garbage, while murderers thrash in a river of boiling blood.

Today, these images seem to be part of a past that the 21st century has outgrown. However, the official textbook of Catholic Christianity, the “Catechism of the Catholic Church,” reaffirms the Catholic belief in the eternal nature of hell. It omits the gory details found in earlier attempts to describe the hellish experience, but restates that the chief pain of hell is eternal separation from God.

The Vatican insisted that the pope was misquoted by the journalist. But theologians have pointed out that Pope Francis has stressed the reality of hell several times in recent years. Indeed, for today’s Catholics at least, hell still means the hopeless anguish of God’s absence.

(The article that appeared in The Conversation has been authored by Joanne M. Pierce, Professor of Religious Studies, College of the Holy Cross.)