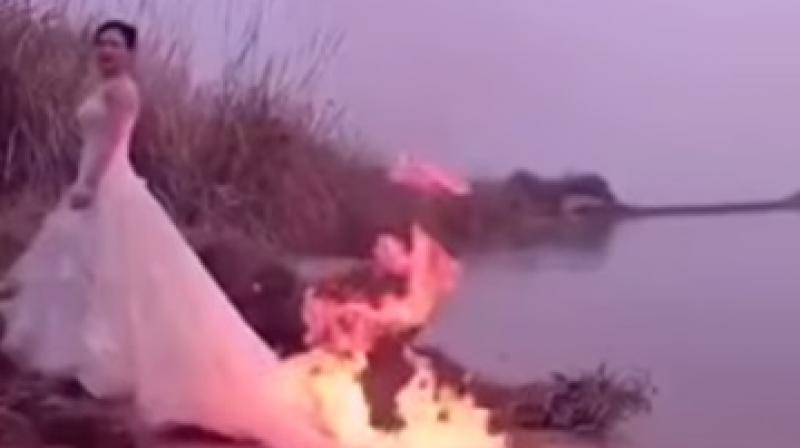 The video has now gone viral on social media and has over 17,000 views. (Photo: Youtube)

Many couples consider their weddings as grand celebrations and will settle for nothing lesser to amaze people. A Chinese bride recently had quite an unexpected experience when she let the photographer light up her wedding dress and things took a turn for the worse but luckily no damage was done.

According to a media report, a Chinese bride recently told her photographer to take really good photographs of her in her wedding gown. However, in the excitement of the getting the perfect photographs, the bride and the photographer got a little too ambitious and the former let the latter burn her dress. The situation got worse as the fire couldn’t be controlled and it reached all the way up to her lower back before a woman standing nearby stepped in to douse the fire.

The video has now gone viral on social media and has over 17,000 views. It certainly looks like people can go to dangerous lengths in the name of the ‘perfect’ photograph.