Saying ‘I do’ with a woof

A city couple tied the knot in a dreamy ceremony by the seashore in Goa, where the ring bearer was their pet dog. 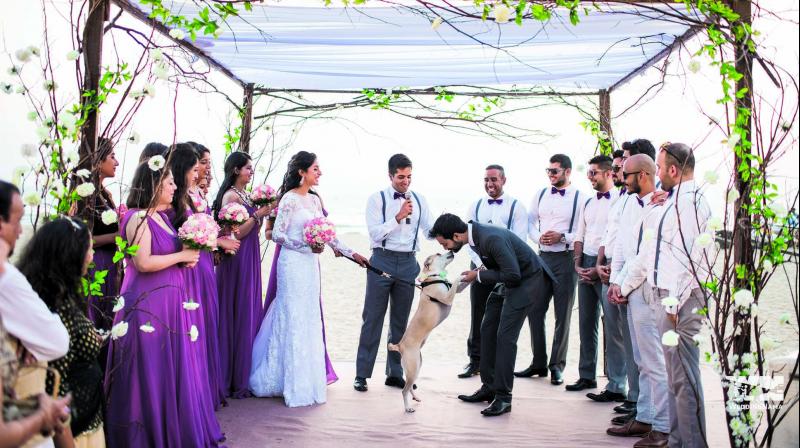 Mitali Salvi and Ali Shakeer at the wedding ceremony with Panty as the ring bearer. (All photos: WeddingNama)

Six years ago, on a late rainy evening, Mitali Salvi and her then-boyfriend Ali Shakeer were on their way to her hostel when they noticed a shopkeeper shooing away a helpless puppy. The couple immediately got off the car in pursuit of the little pup. “It was pouring heavily and she was just trying to get some shelter from the rains,” recalls the 26-year-old Mitali.

After enquiring about the puppy’s mother or siblings, the two picked her up from the streets and decided to foster her, till they could manage to find her a permanent home. “I was living in a hostel and Ali still lived with his parents, so it was really difficult for either of us to really take her in permanently,” explains Mitali. 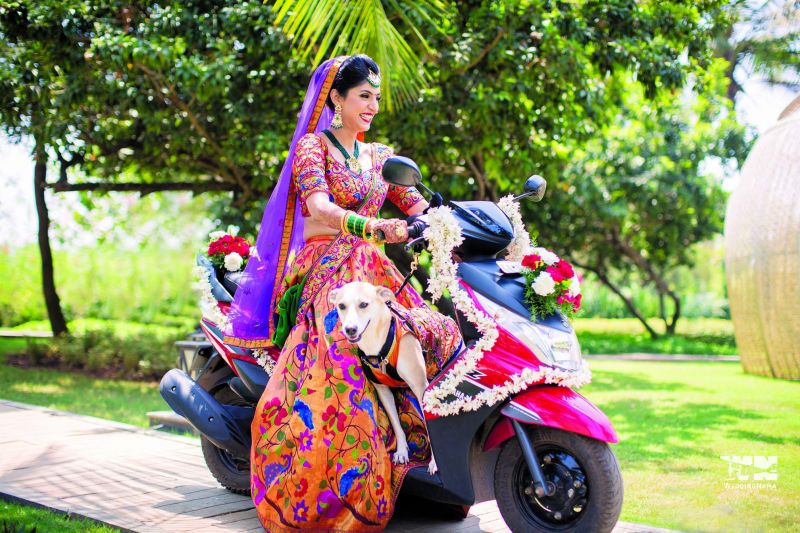 What started as a foster plan for the dog soon turned into them adopting the pup and naming her Panty. Why?

“Simply because this was still back when people didn’t want to keep Indian breeds as pets — they were more interested in having exotic breeds for pets. But, Panty was too precious for us to let go of. So, we just kept her, and for a long time, I smuggled her in and out of my hostel,” she laughs.

Almost six years later, the couple tied the knot in Goa and their adoptive pet Panty played a very important role in the ceremony — she was the ring bearer. Mitali says this was due to happen, because their pet played a strong role in bringing the couple closer. “When we eventually adopted Panty, she became our responsibility and we became her parents. This really got us closer,” she recalls. 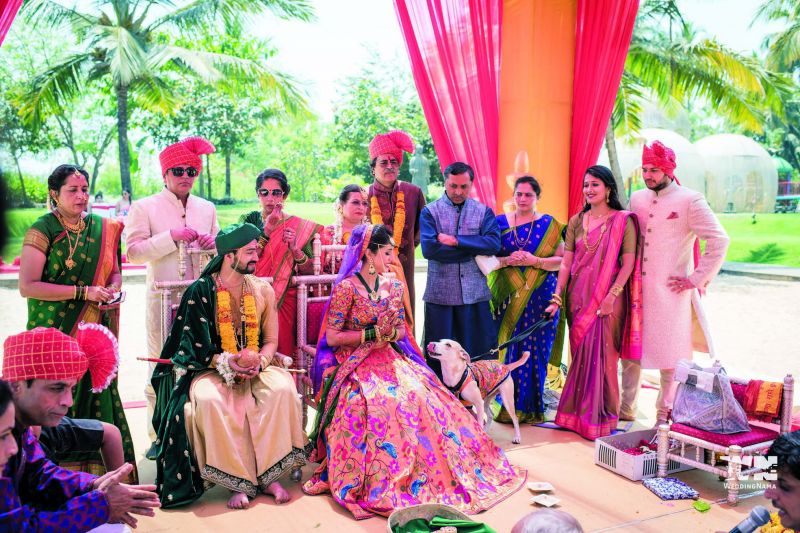 A dog trainer by profession, Mitali says it was because of Panty that she took up the vocation. “Because I was constantly smuggling her in and out of the hostel, I had to train her to be sneaky and sharp. So, her vet suggested that since I was such a natural, I take up a basic dog psychology and try my hand at professionally training dogs,” she recalls. And, after the initial hesitation from her parents (“because dog trainer isn’t a real job,” she laughs), she took up the course. 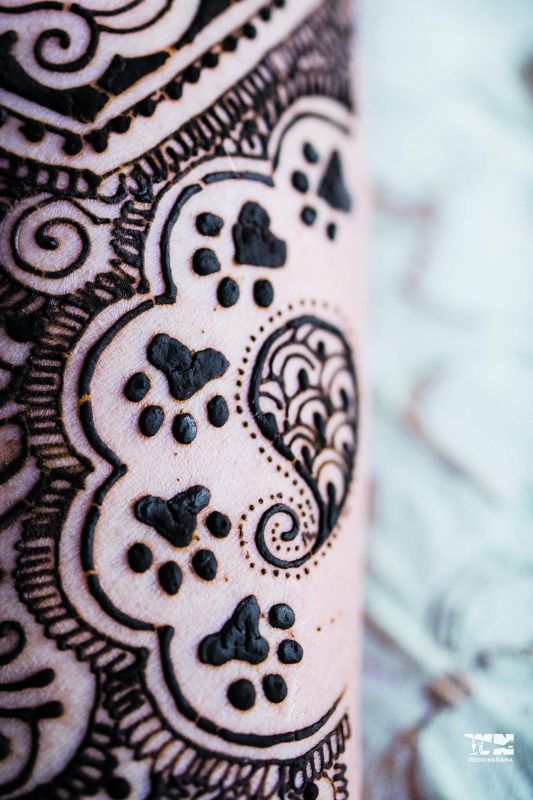 Over the phone, Mitali gushes about the wedding ceremonies and the preparations. The couple first made a ‘Save the Date’ video that also featured their pet Panty as the ring bearer, and because so many people loved the idea, they went ahead and got Panty to bear the rings even on the big day. When asked if any of her sisters were upset about not playing the ring bearers, Mitali laughs and says that there was no doubt Panty wouldn’t be the bearer. “All my sisters are very close to me and they were all at the wedding. But Panty is like my daughter and so, she had to be my ring bearer,” she smiles.

During the wedding week, Panty was involved across all the ceremonies — the haldi, the pujas, everything. “I was confident that she would behave herself,” she smiles, adding, “She was my stress buster throughout the week!”