These reactions to Dhinchak Pooja's 'Selfie' song are hilarious

After the song went viral on social media, Twitterati reacted in the most genuine way 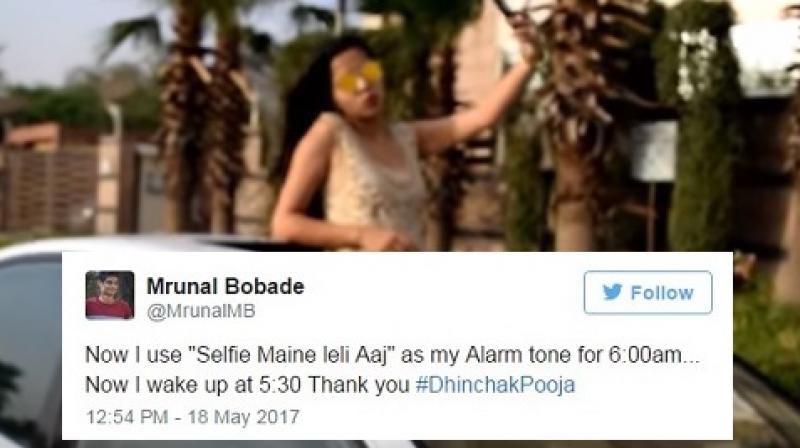 Social media has been literally bombarded with Dhinchak Pooja's latest 'Selfie' song and people cannot get over it just like Pen Pineapple Apple Pen. After Daaru last year, the social media sensation's latest song Selfie Maine Le Li Aaj is making the Internet get all funny and the reactions are amazing.

The song boasts about how the singer doesn’t use auto-tune and her own natural voice is enough to leave people mesmerised. The song is still trending on Youtube at 28 after being posted on May 14.

As usual, Twitter didn’t fail to tweet about it and the hilarious reactions by people to the new song that is surely going to make you laugh.

Read some of them below:

Before and after listening to Dhinchak Pooja's "Selfie maine leli aaj": pic.twitter.com/TLDjaVLtEv

After you return back alive after listening to Dhinchak Pooja's "Selfie Maine leli aaj" pic.twitter.com/XUkbDAV1jK