Sauda Suleiman Amour, was born with defective abdominal wall and liver, part of intestine jutted out of her belly. 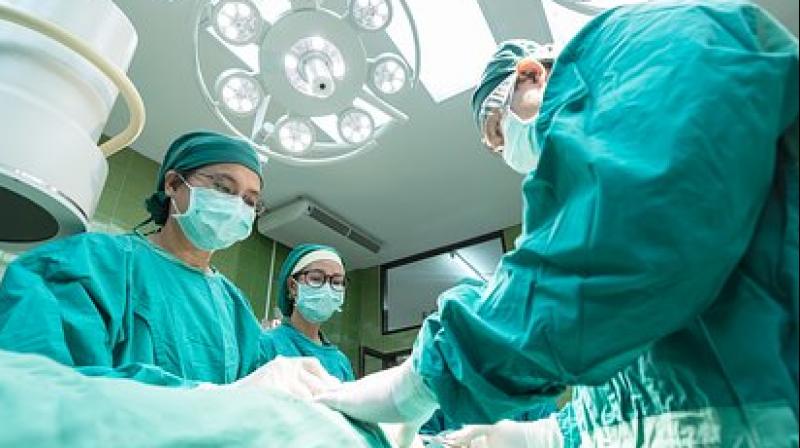 A report reveals that a teenager who loved with her vital organs outside her body for 19 years was saved by doctors.

The girl, Sauda Suleiman Amour, was born with a defective abdominal wall. He liver and a part of her intestine jutted out of her belly, only covered by a thin layer.

Sufferers are usually operated on within hours of birth - but Sauda only had two failed operations when she was five years old.

According to a report published in MailOnline, Amour dropped out of school four years ago after being tormented by bullied who mocked her for looking pregnant coupled with her fear of having her lump knocked by someone.

Surgeons had to stretch her abdomen - using air for two weeks and using Botox to relax the muscles before they could put her organs back inside.

Sauda, from Tanzania, went to SRM Institutes of Medical Sciences (SIMS) Hospital, Chennai, India, for the operation, and is now recovering at home.

Speaking about it, Dr Radhakrishna Patta, director and senior consultant, said that the girl could not go to school or play outside because of the football-sized structure jutting outside her abdomen.

Sauda's pouch of organs is known as a large or 'giant' omphalocele. The condition affects about one in every 5,400 babies born every year in the US.

During development in the womb, the baby's abdominal organs - which can include the intestines, liver and other organs grow abnormally in an independent transparent tissue sac outside the belly button.

In the early weeks of a pregnancy, parts of the digestive system actually grow outside of the baby's body cavity in a normal pregnancy.

But these parts of its body are supposed to return to the belly by the eleventh week of gestation.

However, Sauda's liver never made it back into her body.

'When we saw her, we were aghast to see the entire liver outside the abdomen just covered by a layer of unhealthy skin,' said Dr Patta.

The doctors instituted 'pre-operative pneumoperitoneum' by poking a needle into her abdomen and pumping air in, progressively increasing doses over a two week period.'

The procedure saw the doctors gradually inflating Sauda's abdomin using carbon dioxide in stages so that there would be room for the organs that had spent the last 19 years outside her body, till doctors could use a mesh to reinforce the stretched out abdominal wall.