Life   More Features  19 Jun 2018  In video: Man accidentally shoots himself in groin as he bends over with loaded gun
Life, More Features

In video: Man accidentally shoots himself in groin as he bends over with loaded gun

When man walks over to shelf and bends down to pick something up, the gun suddenly fires with a shocking loud bang. 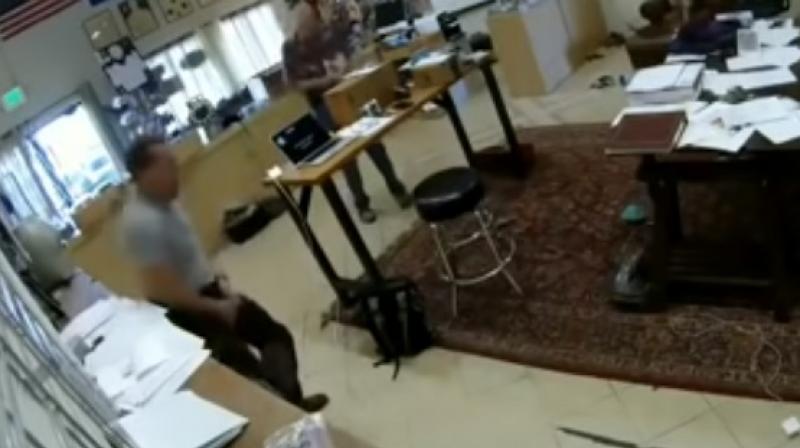 In a horrifying incident, a man accidentally shot himself in the groin while bending over.

A video clip, that has gone viral, shows a man, expertly load a Glock then holster the handgun inside the front of his pants.

When he walks over to a shelf and bends down to pick something up, the gun suddenly fires with a shocking loud bang.

The man jolts up and screams in pain as the gun fired into his groin.

He can be seen clutching onto his belt with a grimace, reeling after the close shot.

He swiftly takes off his belt and removes the gun's magazine from the inside of his pants.

A second man in the room can be seen whipping out a phone to call for help.

A woman rushes to his side and brings out what appears to be medical tape.

'Where were you shot? Talk to me,' she asks.

The bullet penetrated the victim's groin in a through-and-through wound, according to thetruthaboutguns.com.

He is reportedly in stable condition.

You can watch the video here.