A display of Astitva

The National Gallery of Modern Art is presenting the rare collection of Prabhakar Barwe’s artistic oeuvre in four distinct phases. 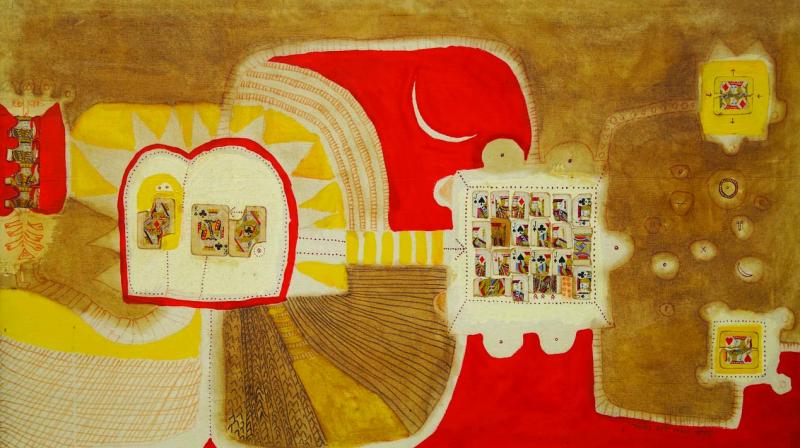 The exhibition presents his artistic oeuvre in four distinct phases. The artworks are chronologically orchestrated in each space, each representing a peculiar phase of Barwe’s practice — Roop Tantra, Roop Artha, Roop Tattva as well as Roop Vichaar.

Astitva— the essence of Prabhakar Barwe, (1936- 1995), who was an eminent persona in Indian art, is on display in the Capital.

The exhibition presents his artistic oeuvre in four distinct phases. The artworks are chronologically orchestrated in each space, each representing a peculiar phase of Barwe’s practice — Roop Tantra, Roop Artha, Roop Tattva as well as Roop Vichaar.

His paintings are truly mesmerising and captures the era. His notions of modernism and abstraction prevalent in the 50’s-60’s can be seen. However, it is also true that he did not fall into the particular idiom of abstraction or figurative narration. His practice did not negate the figure, instead, it included the mundane objects surrounding the figure, creating an unconventional order of things.

A documented timeline, which chronicles the artist’s life, accompanied by a reading corner with collated archives also forms part of the exhibit.

Talking on the subject, Adwaita Garanayak, Director General, NGMA, says, “Prabhakar Barwe’s journey from Mumbai to Varanasi and back to Mumbai can be experienced through this exhibition that shows his creative approach from period to period.

The exhibition is full of experiences and enjoyment which can be felt evidently. It is this aesthetics of experiencing that gives value to the Gallery.”

Barwe was born in a remote village in Nagaon on March 16, 1936. He moved to Bombay in 1948, and stayed with his parents in a small chawl, over a mill in Lalbaug. He studied at Sir. J.J. School of Art from 1954 till 1961, and joined the Weavers’ Service Centre (WSC) the year after he graduated. Initiated by Pupul Jayakar in 1955, Weavers’ Service Centre invited leading contemporary artists of the time to design and collaborate with craftsmen, generating a cross-disciplinary atmosphere that overlooked a Nehruvian ideal. Barwe was posted in Varanasi till 1965, a crucial turn in his practice— as he imbibed Tantric concepts that later infused into his visual canvas. He is believed to have returned to Bombay, and continued to work at the WSC for twenty-one years. 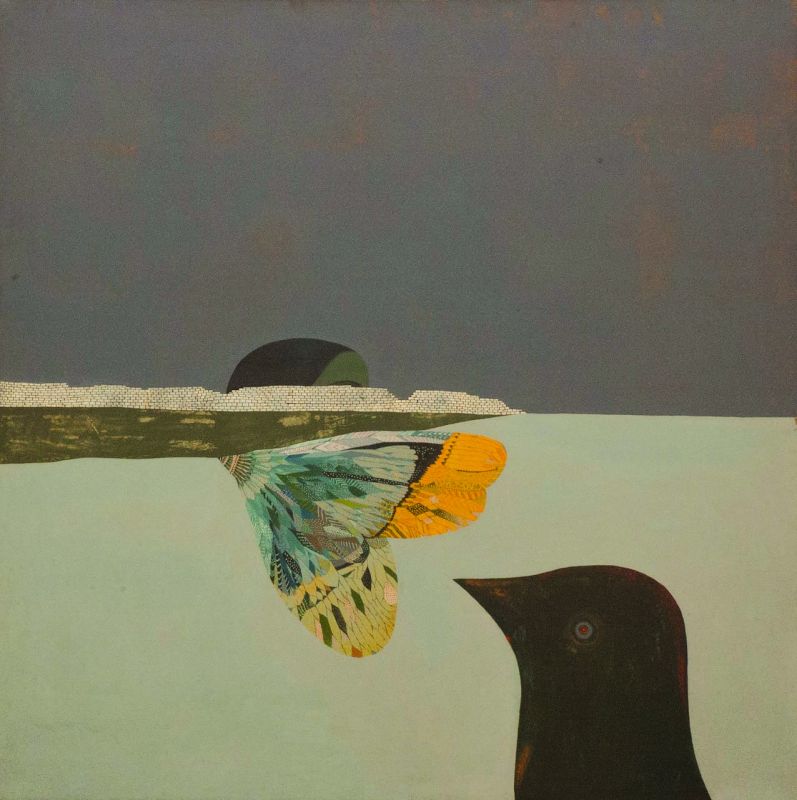 In 1969, he won the Yomiuri Shimbun Award at the fifth International Artists’ Biennale exhibition in Tokyo.

It was in the 1970’s when a distinct shift took place in Barwe’s art; noted critic Dnynaeshwar Nadkarni described this phase as a “turning point in his career, for the first time, as it were, Barwe realised the essence of ‘space’, from the merely physical, the concept had now instinctively assumed a metaphysical character.”

In 1974, Barwe played a crucial role in the formation of ‘Astitva’, a group of twelve artists committing to support each other, with the aim to alleviate the financial burden that overwhelmed artists if they exhibited independently.

This project ultimately dissolved due to ideological differences, but was retained by Barwe in an informal sense.