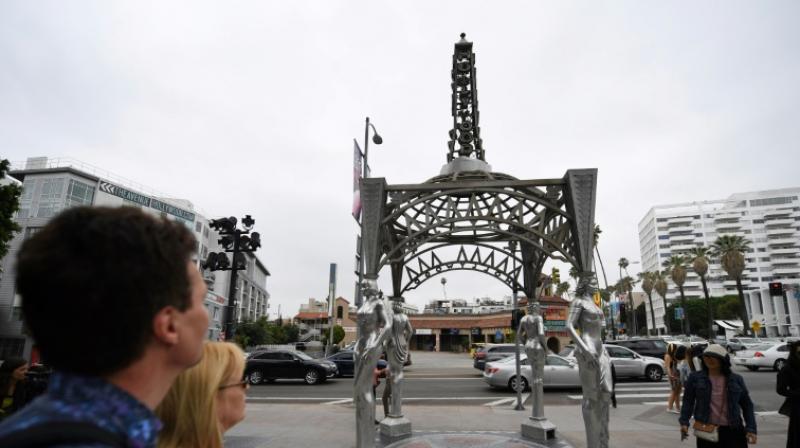 Authorities said a witness saw a man climb the Eiffel Tower-shaped structure late Sunday and use a saw to remove the statue. (Photo: AFP)

Los Angeles: A statue of Marilyn Monroe that sat atop an artwork in Hollywood that celebrates women in film has gone missing in what authorities are calling the "Marilyn caper of 2019."

The statue, which illustrates the legendary actress in her iconic pose from "The Seven Year Itch," was perched atop the Ladies of Hollywood Gazebo on the Hollywood Walk of Fame.

Authorities said a witness saw a man climb the Eiffel Tower-shaped structure late Sunday and use a saw to remove the statue. Police said investigators had recovered some prints at the scene but had yet to make any arrests on Tuesday.

The artwork located at the beginning of the Hollywood Walk of Fame, features large statues of Mae West, Dorothy Dandridge, Anna May Wong and Dolores Del Rio -- women from different cultures who influenced the film industry.

The statue of Marilyn Monroe striking a pose in her flying skirt sat atop the installation.