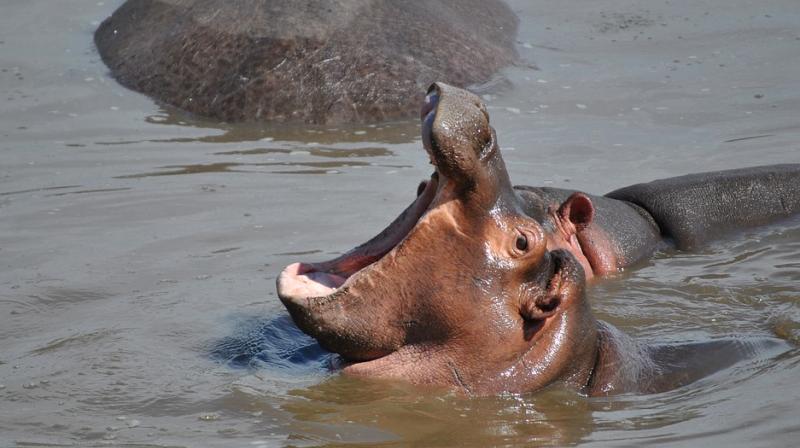 Cincinnati: A popular baby hippo has expanded her influence to a Cincinnati-based ice cream chain by inspiring its new flavor Chunky Chunky Hippo.

The new ice cream flavor offered by the ice cream company Graeter's is a toffee ice cream with salted roasted peanuts and milk chocolate caramel truffles. Part of the proceeds will benefit the Cincinnati Zoo. The new flavour is sold in scoops at local shops and in pints at Graeters.com.

It's the latest development in Fiona's rise to fame. She was named an honorary sheriff's deputy last week. Video updates such as Fiona taking a bottle, splashing or running have drawn millions of views online.

Graeter's is headquartered in Cincinnati, but has shops in numerous states.