The Red List reveals the extent of wildlife and nature destruction caused by humans. 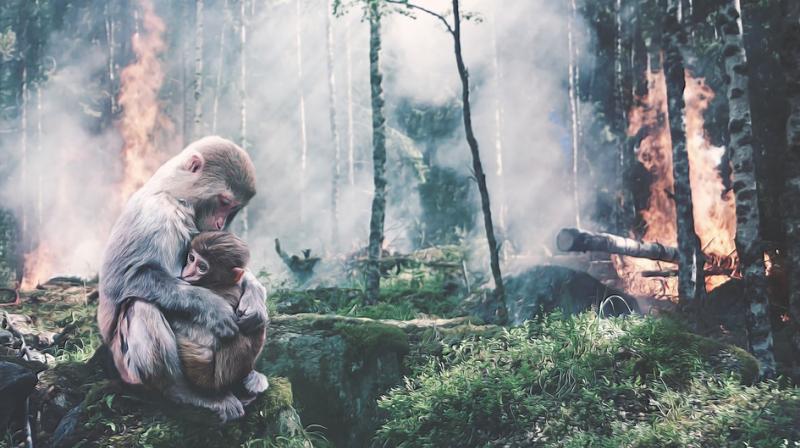 Humanity’s continuing destruction of wildlife is driving several species towards extinction. IUCN has released its latest Red List with a list of all the species that are under threat.

The habit of razing down forests has led to the loss of habitat for seven species of primates, while overfishing has pushed two families of rays to the brink of extinction. River wildlife has greatly decreased from Mexico to Japan, due to pollution, dam construction and over-extraction of freshwater. The American Elm is also facing extinction after the illegal deforestation in Madagascar for its famed rosewood.

The International Union for Conservation of Nature (IUCN) is the authority that assesses the status of these species. An updates listed was published which added nearly 9,000 more species to the IUCN Red List, bringing up the total to 105,732. This, although, is just a fraction of the species that inhabit this planet. Sadly, none of the existing species recorded an improvement in numbers, reported The Guardian.

Scientists observed that wildlife population has plunged from 60 per cent since 1970 and extinctions of species are occurring at a frightening rate. “Nature is declining at rates unprecedented in human history,” said Jane Smart, director of the IUCN biodiversity conservation group. Decisive action would have to be taken at the UN Biodiversity Convention in China next year.

The List also highlights the plight of wedgefishes and giant guitarfishes. These are now the more imperilled marine fishes in the world. These species are usually caught as bycatch. In western Africa, only 2,000 Roloway monkeys are left as they have been hunted for their meat and skin. Half the freshwater fish in Japan and over a third in Mexico are now on the verge of extinction as they are caught for consumption.

“The loss of these freshwater fish species would deprive billions of people of a critical source of food and income, and could have knock-on effects on entire ecosystems,” said William Darwall, head of the IUCN freshwater biodiversity unit. 500 deep-sea bony fish species, such as bioluminescent lanternfishes, are also under grave threat due to deep-fishing, oil drilling and seabed mining.

The dry forests of Madagascar are also 90 per cent threatened. Their wood is used for making good-quality furniture and is the world’s most illegally trafficked wild product.   “Invasive diseases, together with air pollution and climate change, have decimated populations of numerous North American tree species that once provided abundant food for native wildlife, as well scenic beauty,” said Healy Hamilton, at NatureServe, a network of biodiversity scientists.

Fungi have also made a surprise entry in the list. 15 species which generally grow in the European countryside are now threatened with extinction. The Hungarian birch mouse, Lake Oku puddle frog are also facing extinction due to a devastating fungus that is ravaging amphibians.

“Loss of species and climate change are the two great challenges facing humanity this century,” said Lee Hannah at Conservation International. The red list addresses both, he said, by including the threat of global heating in the assessment of extinction risk. “The results are clear, we must act now on both.”