In a state battered by heavy rains and floods, many good Samaritans have emerged, offering help to those who’ve lost their homes. 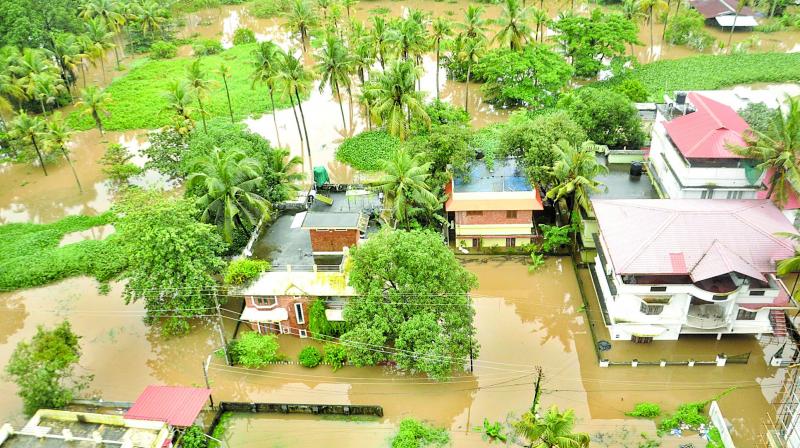 People need to know that they have to get winched in helicopters to be rescued. Missing one chopper means about six hours wasted.

Four days. The state has gone through an unimaginable and unexpected crisis. As the heavens poured down turning life hellish, with each and every waterbody overflowing, people have been showing exemplary grit and courage fighting it by stressing on those three words – ‘we shall overcome’.

As the relief camps filled with people who lost everything to the water fury, hundreds turned up offering help and support. Footfall was increasing by the minute at the newly-opened relief camp at St Albert’s College, Ernakulam, which on Friday noon saw close to 3,000 inhabitants rescued from various parts of Kochi.

“We came here this morning,” says Kavya, who hails from one of the low-lying areas of the city and whose house got flooded. She is now a volunteer at the camp. 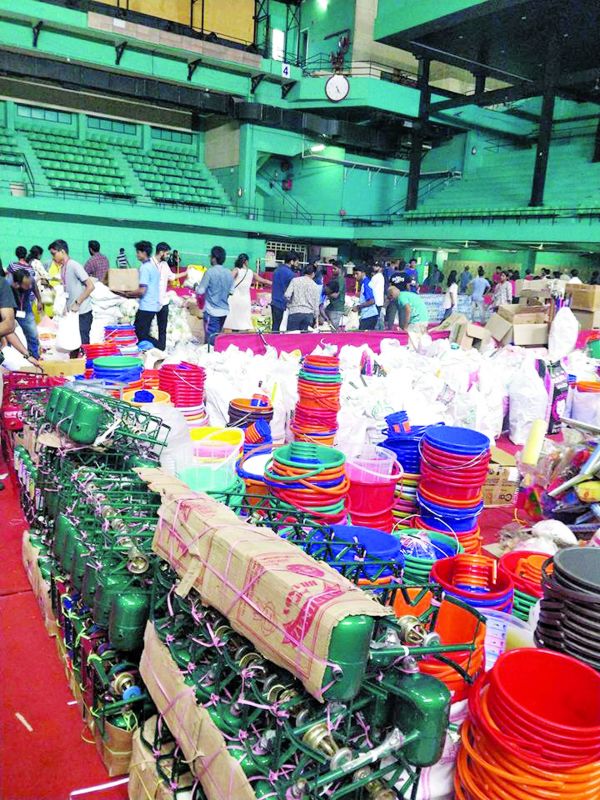 Classrooms and open spaces of the college have turned into shelters for people of all ages. A medical team consisting of four doctors is serving round-the-clock. “The inhabitants need help. Those who wish to contribute necessary items, mainly clothes and food, can give it at the counters opened in the camp,” she says.

“We cook here for them. We are running short of spices and curry powders,” says Farooq, a volunteer. “The inmates also need clothes such as nighties and lingerie, especially in larger sizes,” says another volunteer.

In Thiruvananthapuram, which has also taken a disastrous hit, the district administration, along with the state government, has been working 24x7 to help the people in distress. Under the aegis of ‘Anbodu Trivandrum’, they are collecting relief material for people in badly-hit districts. There are collection centres at SMV School, Women’s College and B-hub. 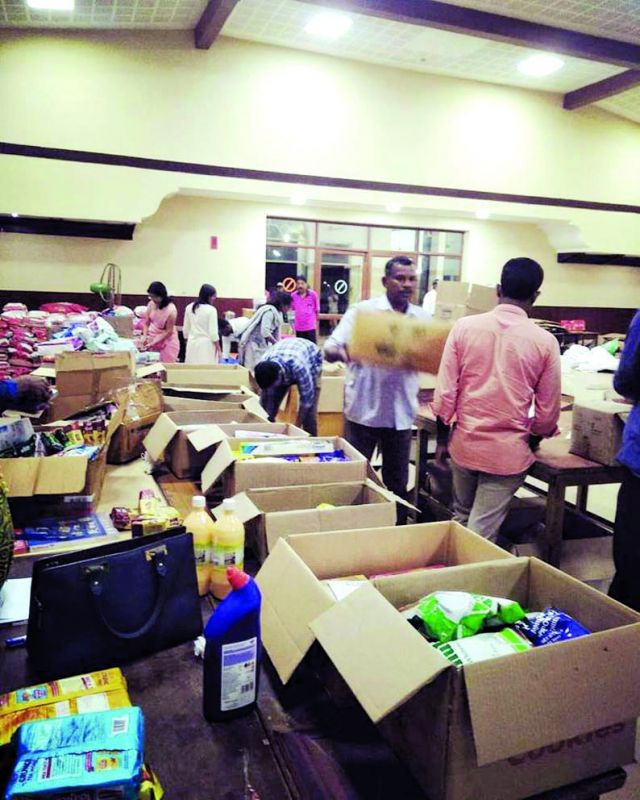 Aravind Ajith, an active volunteer, says relief material have been reaching the collection centres. “People have grasped the gravity of the situation and are doing their best to help the distressed. All the supermarkets in the city are crowded,” he says. The volunteers sort out this material, pack them in boxes and transport those in trucks to Wayanad, Pathanamthitta, Aluva and the camps in Thiruvananthapuram.

Initially, there were instances of people ‘donating’ their old clothes and belongings but that trend has stopped now.

“Whether it is money or material, contribute it to authentic government handles or collection points. Please don’t donate old, used, dirty or broken stuff. Undergarments for women, sanitary napkins, diapers and baby food are needed the most. If you can’t help in monetary terms, try to volunteer at the collection centres. Manpower is what we need now,” says Shaarika Menon, founder of Agents of Hope, an NGO.

Once the situation is under control, Agents of Hope, along with a team of psychologists, will be active at relief camps providing emotional first-aid. “People will be facing emotional imbalances due to this trauma. Once they are settled with the basic amenities, we will be visiting the camps and giving them emotional support,” she says.

Rescue  operations are not easy and what makes them difficult, in most cases, are not the weather conditions, say officials.

On Thursday evening alone, two helicopters returned from Chengannur and Chalakudy after people refused to get winched on choppers. According to a pilot’s version, people insist on being rescued by boats. “Boats can’t reach all places. They don’t know how much effort is getting wasted when they are adamant about these matters. People need to know that they have to get winched in helicopters to be rescued. Missing one chopper means about six hours wasted. When the situation is pretty bad and when willing people are waiting for help, we can’t waste resources,” he says, adding that people should wave huge flags made using red or bright coloured cloth to catch the attention of the chopper pilots.

The media too has been hindering rescue ops at many places. A rescue officer from the armed forces says, “News reporters are occupying boats and reporting the floods. They won’t step down from the boats when they are needed for rescue. Many of the reporters and cameramen report from dangerous spots, putting themselves and others at risk. They could interview people at other places – why on boats, halting the operations?”

And then there is the egoistic lot, the ones who refuse to move to relief camps and stay in their high-rise apartments and villas to ‘wait and see’. “That’s absurdity in the time of crisis. By the time they realise they need to get out, it might be too late and the conditions might be turbulent enough preventing chances of airlifting or rescue via boats,” says another official engaged in the evacuation process.