The next day starts with a vocal recital by Waseem Ahmed Bhat from Kashmir. 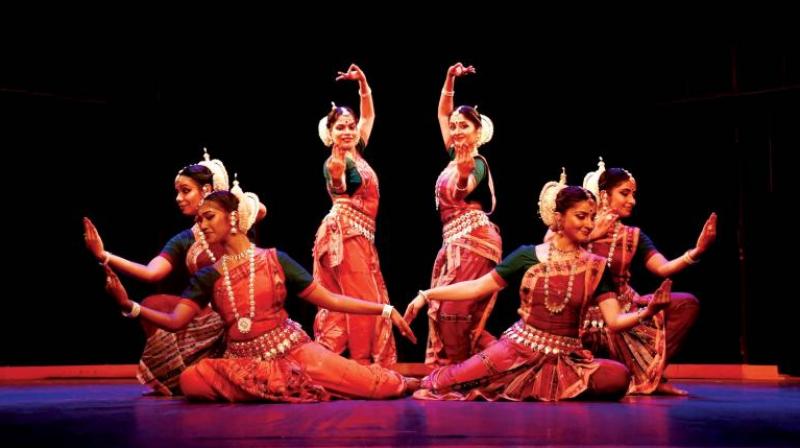 What stands out in this lineup of artistes is the careful blending of different styles of music, of veterans with able younger artistes and the relatively wide range of instruments, including a rare pakhawaj solo. (Representational image)

Pandit Bhajan Sopori’s Sopori Academy of Music and Performing Arts’ (SaMaPa) eagerly awaited annual festival in Delhi will be held this week in two venues: November 19-20 at the India Habitat Centre, and November 22-24 at Kamani Auditorium. In its 15th year, the festival is primarily dedicated to classical music, but also has a dance performance. As usual, there is an eclectic mix of old and young, and some interesting artistes who have never been heard before in New Delhi. The festival commences with a tabla solo by Banaras gharana exponent Deepak Sahai: Elder son of late pandit Sharda Sahai, the lineal “khalifa” of the Banaras gharana, Deepak Sahai is rarely heard on Delhi stages. He is followed by Piu Mukherji from Kolkata singing light classical music, and the concluding concert is by the sitar duo Hafiz Bale Khan and Rais Khan, from Hubli, Karnataka; again good artistes who are rarely heard in Delhi.

The next day starts with a vocal recital by Waseem Ahmed Bhat from Kashmir. The artistes who follow are coincidentally both from Kolkata: Debasmita Bhattacharya, sarodist from the Senia Shahjahanpur gharana, and vocalist Ruchira Panda, disciple of the iconic Pandit Manas Chakraborty of the Kotali gharana. Debasmita is one of the few lady sarodists today of quality (the sarod has always been regarded as an instrument for men, though of course there have been rare well known exponents like Vidushi Sharan Rani and Zarine Daruwalla Sharma in the past). Ruchira Panda has carefully maintained a musical tradition set up two generations ago by Pandit Tarapada Chakraborty, and is a vocalist to look out for. Truly this looks like being an evening to look out for.

November 22 will feature Pandit Ajay Pohankar from Mumbai, who admitted he was “happy to sing in New Delhi, and wished there were more such opportunities for him to perform in New Delhi”. He is followed by Pandit Bhajan Sopori, who the city of New Delhi is proud to call its own. A representative of an old musical lineage from Kashmir, Pandit Bhajan Sopori has worked ceaselessly to take forward his musical heritage to a younger generation.

Pandit Vishwambhar Nath Mishra is an unusual musician — currently head of the Department of Electronics Engineering, IIT (BHU), the professor is also the mahant of the famous Sankat Mochan Mandir, a hereditary position his ancestors have held for generations. (Incidentally, the Sankat Mochan Annual Festival is the only six-night, all night classical music and dance festival in the country.)

Chatting with mahantji, he shared that though his “taalim” (training) in pakhawaj from his illustrious grandfather Pandit Amar Nath Mishra was of the highest degree (Pandit Amar Nath Mishra, a highly innovative player, had even accompanied Ustad Allaudin Khan and the like), he had stopped his pakhawaj practice since 1980 after his grandfather’s death. He resumed playing after some 40 years, only because he felt he should impart his knowledge to the younger generation and had started teaching pakhawaj. His first solo performance in Delhi will be on November 23, at 6.30 pm.

The next concert is by the ever-popular Vidushi Malini Awasthi, who laudably has the ability to re invent her singing at the different stages she adorns. Her vast repertoire makes her concerts always a delight. The evening ends with Abhay Rustom Sopori, who is a very innovative musician. His modified santoor gives a much richer dimension to his concerts. The concluding day of the festival features an unusual percussion ensemble of young tabla players from six gharanas of tabla: Ajjrara, Banaras, Delhi, Farrukhabad, Lucknow and Punjab. All six artistes are disciples of legendary representatives of these gharanas so the concert promises to be interesting. Sitarist Pandit Kushal Das of the Maihar gharana will be followed by the concluding performance of the festival by veteran kathak duo Vidushis Nalini and Kamalini.

What stands out in this lineup of artistes is the careful blending of different styles of music, of veterans with able younger artistes and the relatively wide range of instruments, including a rare pakhawaj solo.